Home>Blog>Industry News
How Did Dinosaurs Become Light Birds? How to Choose Animatronic Dinosaurs?

Dinosaurs Were Born Because of a 2 Million Years of Rain? 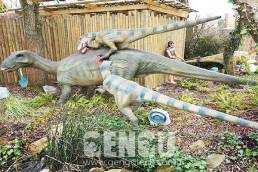 How long was the longest rainstorm you have ever experienced? In fact, no matter how long it was, compared to the biggest rain that has ever fallen on Earth, it was nothing compared to the big one. The world's next largest rain, which occurred more than 200 million years ago, lasted for 2 million years! And dinosaurs were born right after this rain and grew to become the rulers of the earth. So how exactly did this rain happen? 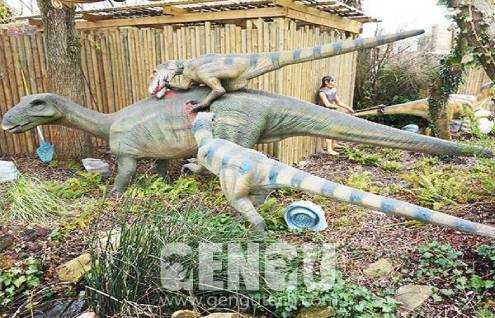 Biological extinction signifies that organisms, regardless of their position in the ecosystem, can not escape the disaster, and often many different groups of organisms are extinct together, but there are always some other groups were spared, and some groups were born or began to flourish from then on. Such a horrible natural phenomenon, it is natural to cause a variety of incredible weather, and in the Triassic period when the horrible weather is a rainstorm.

Perhaps, a rainstorm is not so terrible, but almost the entire planet continued to rain for 2 million years, such a situation can not be called horrible? And why would it rain so much? At that time, the continents had not yet separated, and because all the continents were locked together, the sea breeze with moisture could not penetrate inland, so a huge desert was formed in the middle of the continent, and the climate was extremely hot and dry, without any glaciers, which is why the Triassic period abounds in typical red sand and gravel. And such a climate can also lead to anomalies.

Until in the long years that followed, the Earth's movement stabilized, the temperature slowly dropped, water vapor slowly condensed and eventually fell to the ground, which is the origin of the rain that fell for 2 million years. This rain led to the Earth being nourished and becoming a suitable environment for plants and animals to survive, and so slowly ushered in the age of the dinosaurs.