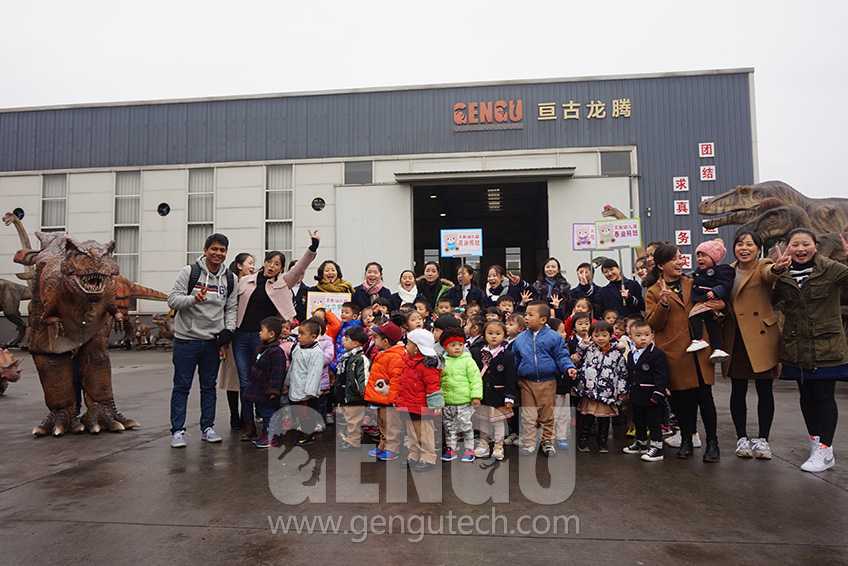 Reporters From Global Times Came To Gengu For An Interview 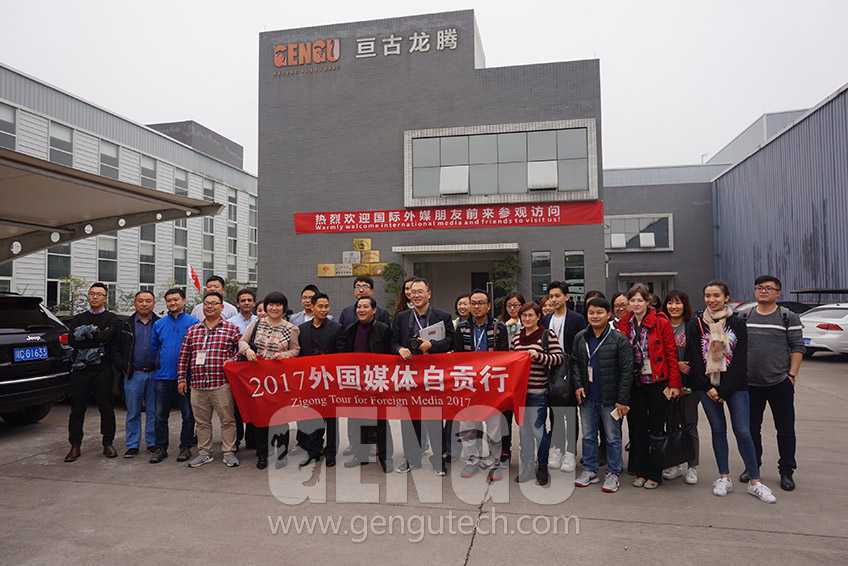 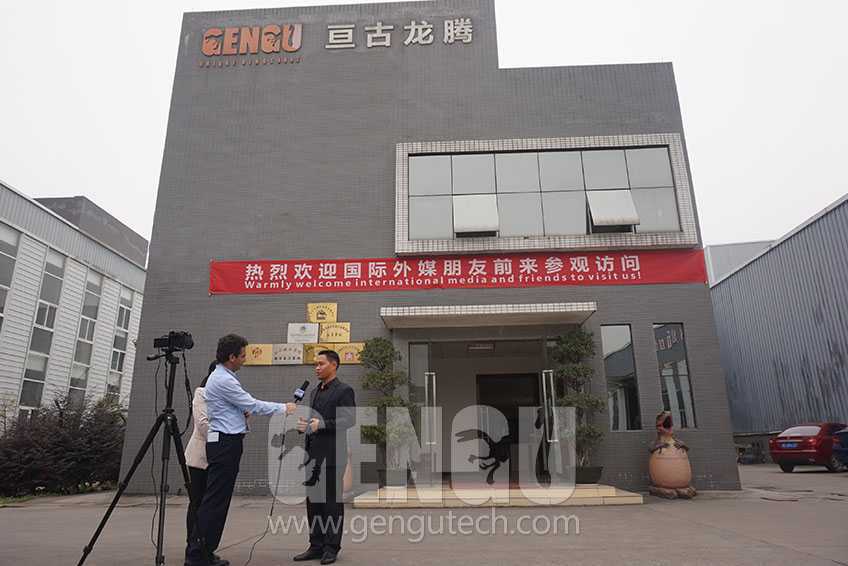 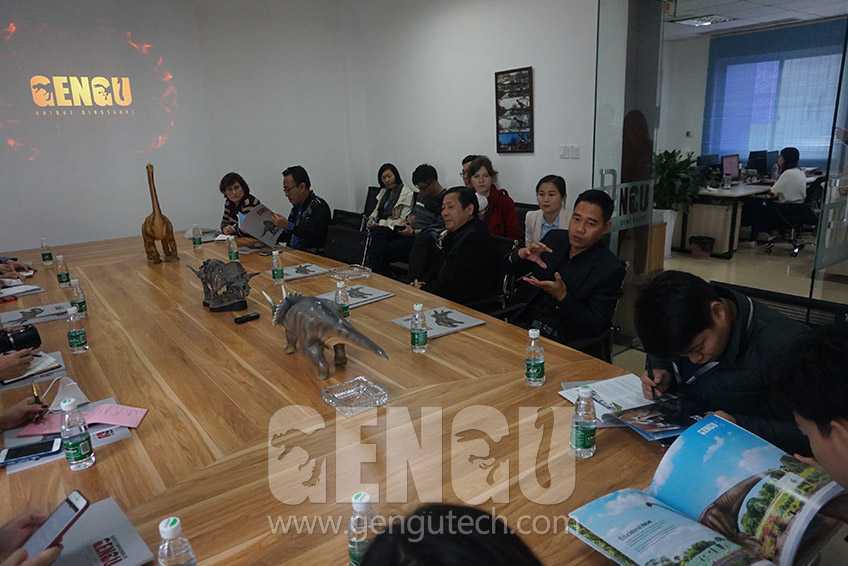 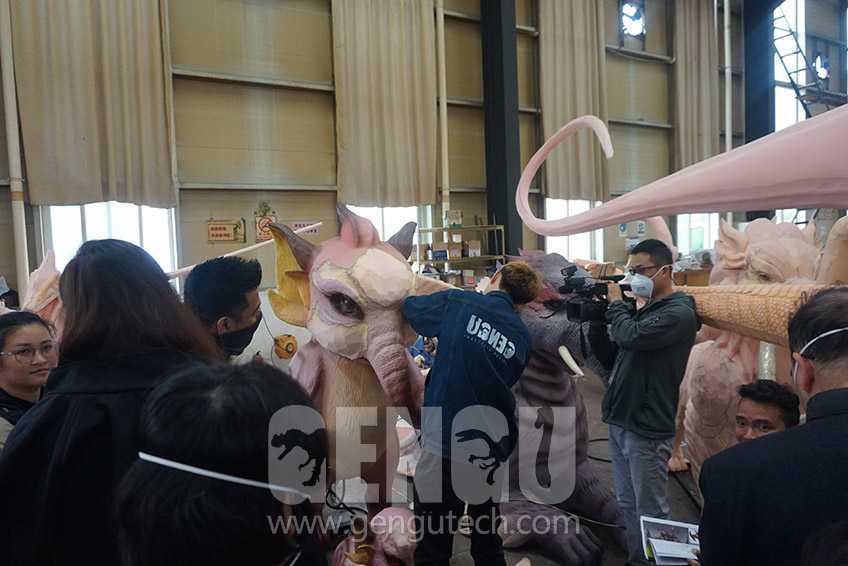 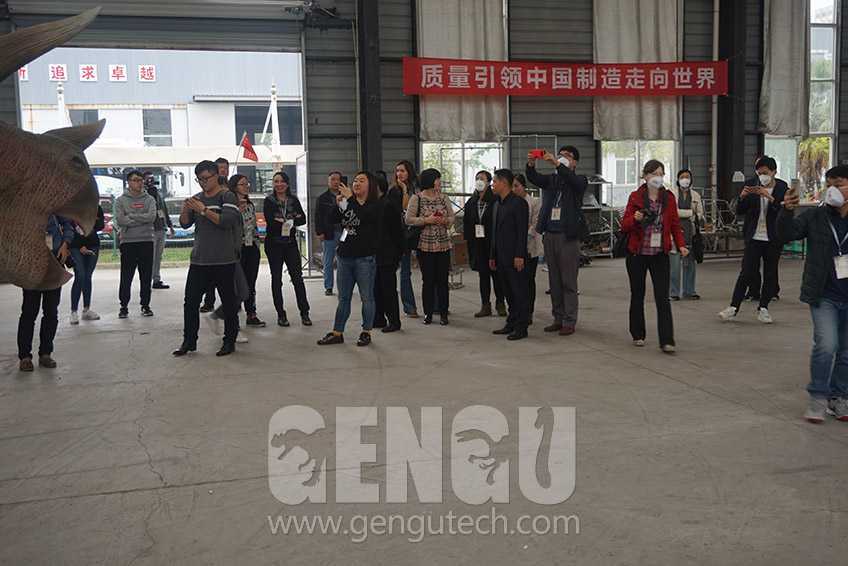 As soon as the foreign media reporters came into the Gengu, they were attracted by the unique atmosphere here immediately. In Gengu factories, everyone saw a variety of animatronic dinosaurs, animals, dragons, insects and other hundreds of products. The founder of the company Mr. Guo introduced a whole set of animatronic dinosaur production process from creation, research and development, production, beautification and final product. The reporters took a lot of notes and pictures, while they were surprised and learned a lot.

Through rich pictures, video materials and explanations, the leaders of Gengu introduced the development of company, achievements in overseas markets, etc. Since 2007, We are both concerned about the domestic and overseas markets. In overseas market, our products have been exported to over 50 countries, including Canada, the United States, Ireland, Poland, Czech, Germany, Brazil, Argentina, Saudi Arabia, Russia, Croatia, Turkey, Australia, Japan, South Korea, Philippines, Thailand etc... And we had hold large animatronic dinosaurs projects in Toronto, Vancouver, Cincinnati, Chicago and other places for many times, which foreign tourists can more intuitively experience China's strong manufacturing capabilities and creativity.

Afterwards, Israeli television invite the founder of the company, Mr. Guo, to have a separate interview.