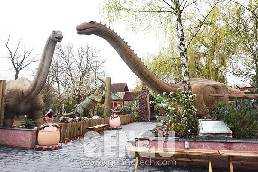 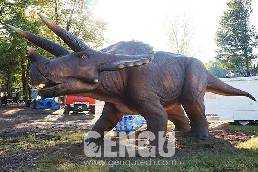 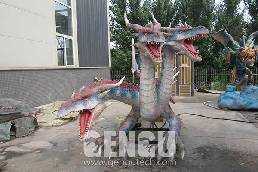 Dinosaurs are a prehistoric animal of the class Sauriformes. They appeared on the earth as early as 220 million years ago. They range from the smallest Compsognathus to the largest fragile Dicavelosaurus. They have a wide variety of species and complex habits. There are meek herbivores, fierce carnivores, and omnivorous dinosaurs.

They were originally the overlord at the top of the food chain on the earth, dominating the land and ocean, and survived on the earth for a long time. They disappeared on the earth until they suddenly became extinct 65 million years ago. From then on, mammals began to rise until the count. Millions of years ago, mankind was born and created a brilliant civilization.

Why did the dinosaurs that have ruled the earth for more than 100 million years not given birth to civilization? And human beings who have only millions of years of history gave birth to civilization? The reason is actually very simple. The emergence of civilization is shaped by the two reasons of external conditions and the evolution of organisms themselves.

First of all, the first reason is that in the prehistoric times when dinosaurs lived in external conditions, the climate was warm and the food was abundant. Under such conditions, dinosaurs did not need much intelligence to survive. On the contrary, in order to prevent predators and Facilitate Predation , Both herbivorous dinosaurs and carnivorous dinosaurs will evolve towards larger body size. In other words, it is like adding points to game upgrades. All points are added to the two columns of body and strength. Until they were extinct 65 million years ago, dinosaurs have been advancing in the wrong direction of evolution 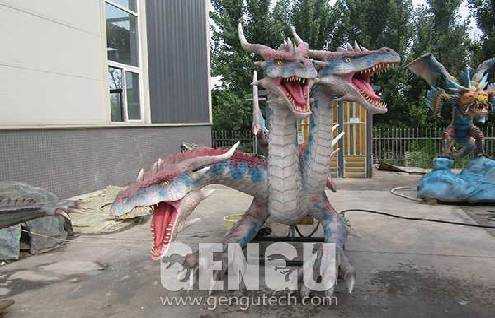 The era of human existence is different. First of all, the external conditions have changed. The food on the earth is reduced and the climate is changeable. In order to survive, we must find ways to improve our intelligence. We must have excellent predation ability and the ability to avoid beasts. Starting from apes, humans have evolved and grown under complicated external conditions.

The more complex the external conditions, the higher the level of biological evolution. If there is sufficient food and a warm climate, there is no need to further adapt to the environment, and the motivation for evolution will be insufficient. Then, the second reason is the evolution of organisms themselves. There is a saying that is very good, the essence of evolution is piles of wood, and the essence of civilization relies on the complex brain with logical thinking ability.

From ancient times to the present, the biological evolution has been colorful. Although human beings were born only a few million years ago, it took billions of years from single-celled organisms to primates. Dinosaurs have ruled the earth for a long time, 160 million years. However, they still have many defects and their brains are not complex enough. Therefore, they will be gradually eliminated and extinct from the earth in the process of biological evolution.

After humans have evolved to the Australopithecus that can walk upright, their intelligence has surpassed that of reptiles, birds, and other mammals. They can use tools. Later, Homo sapiens will have a larger brain capacity and even more Make tools and carve rock walls for painting.

At this point, quantitative changes have caused qualitative changes. The spark of civilization began to bloom. About 10,000 years ago, modern humans appeared on a large scale, forming tribes all over the world, and eventually developing into cities. All of this was not accomplished overnight, but was a matter of course. After a longer period of evolution than dinosaurs, a civilization shaped by humans will be born under the influence of multiple factors. From the perspective of evolutionary history, this is an incredible miracle.