Dinosaur News-Herbivorous Dinosaurs Are Not Only Vegetarian

Recently, a study published in "Science Reports" stated that a group of large Herbivorous Dinosaurs may not be strictly herbivores as previously thought. The study showed that some herbivorous dinosaurs may feed on crustaceans at certain times of the year.

Researchers analyzed the teeth and jaws of large herbivorous dinosaurs and showed that they were able to process fibrous plant food. Accordingly, it is generally assumed that herbivorous dinosaurs are strictly herbivores. In fact, the reconstruction of the feeding behavior of large ornithischians is mainly based on large herbivorous mammals-the two are similar in size. However, there is still a lack of information on specific food choices for ornithischian dinosaurs. 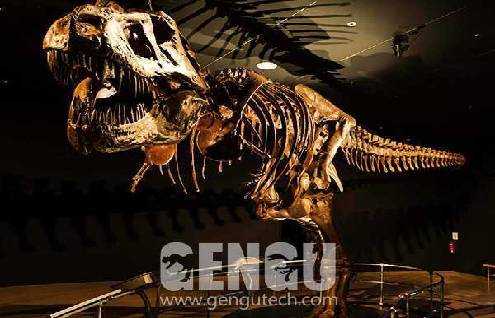 Karen Chin of the University of Colorado at Boulder in Colorado, USA, and colleagues described Dinosaur dung fossils from the Keperovitz Formation in southern Utah and discovered that large dinosaurs in the Late Cretaceous Period often consumed crustaceans and rotten wood. These fossils are large in size and mainly woody, indicating that the original excrement comes from large herbivorous dinosaurs, and these dinosaurs have dentitions capable of processing fibrous food.

However, Dinosaur Fossils are also interspersed with ingredients similar to the shells of crustaceans, which indicates that these dinosaurs also ate quite large crustaceans hidden in rotten wood. Based on past findings from the Keperovitz group, Chin's team speculated that these excrements may come from hadrosaurs.

Researchers believe that the presence of crustaceans in multiple dung fossils means that there is a regular and possibly seasonal feeding strategy, which is more in line with bird feeding habits rather than the strict herbivorousness of most large herbivorous mammals. The authors suggest that these findings challenge the over-simplistic interpretation of the feeding habits of large herbivorous dinosaurs.