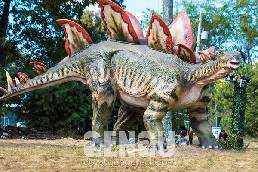 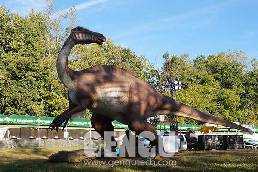 Explore the Reasons For The Extinction of Dinosaurs (1) 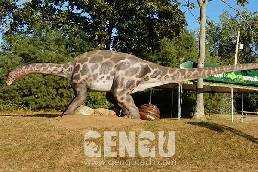 There are many theories about the reasons for the extinction of dinosaurs, some that sound very reliable, and others that sound like fantasy, but before the truth is revealed, everything is possible. After all, human beings have too little exploration of the universe.

The Dinosaurs went extinct at the end of the Cretaceous period 65 million years ago, and many other large animals were extinct together. Because dinosaurs ruled the earth for more than 160 million years, and suddenly disappeared in a short period of time at the end of the Cretaceous, this has to arouse all kinds of speculations by humans. The whole world is eager to learn the truth about the demise of dinosaurs.

This is currently the prevailing view. The process is as follows: an asteroid with a diameter of about 10 kilometers collides with the earth at a speed of 40 kilometers per second, and the impact caused by the earthquake is equivalent to 10 The impact crater is more than 100 kilometers in diameter, and scientists found this crater in the United States. This hypothesis is quite convincing, but there is still a lack of stronger evidence that directly shows that the extinction of dinosaurs is related to this.

Many scientists speculate that in the late Cretaceous, large-scale submarine volcanic eruptions caused a large amount of carbon dioxide to erupt, causing the earth's violent greenhouse effect and causing plant death. Moreover, the volcanic eruption caused a large amount of salt to be released, the ozone layer was broken, and harmful ultraviolet rays irradiated the earth's surface, causing biological extinction. The guess is very reasonable. Will this be the truth? let us wait and see. 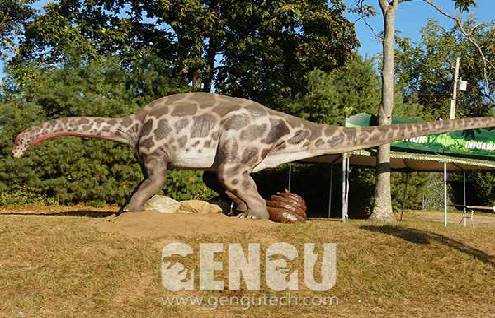 Due to climate issues, plants have been extinct in large numbers, so that the Herbivorous Dragons that feed on plants gradually die out, and carnivores, because they have no food, become crazy, cannibalize and become extinct. This statement seems very far-fetched. Since plants caused the extinction of dinosaurs, why did omnivorous dinosaurs such as insects go extinct together? And the other animals are safe and sound? And the climate problem seems to overlap with the climate caused by the volcanic eruption.

Both of the following statements sound ingenious. Because dinosaurs are huge animals that eat too much and constantly fart, they release a lot of methane gas into the air. Because they are too numerous and live for a long time, they destroy the earth’s ozone layer and cause a devastating climate. In any case, I admire the brain circuit that made this hypothesis.

Some people even say that it is the result of aliens rushing to the earth to hunt, because they think dinosaur meat is particularly delicious. The evidence is that the Dinosaur Fossils they found in the Arctic have traces of laser cutting. If this is really horrible, "Transformers 4" may become a documentary from a science fiction film.