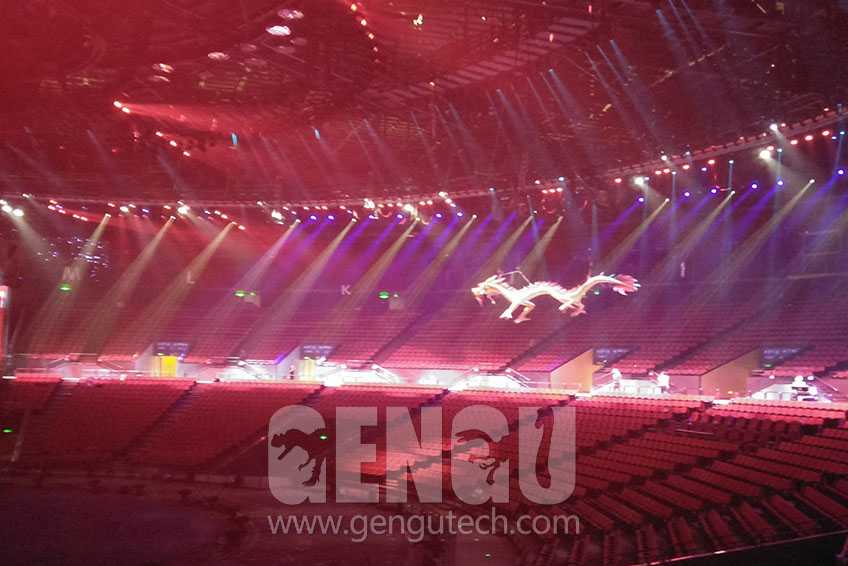 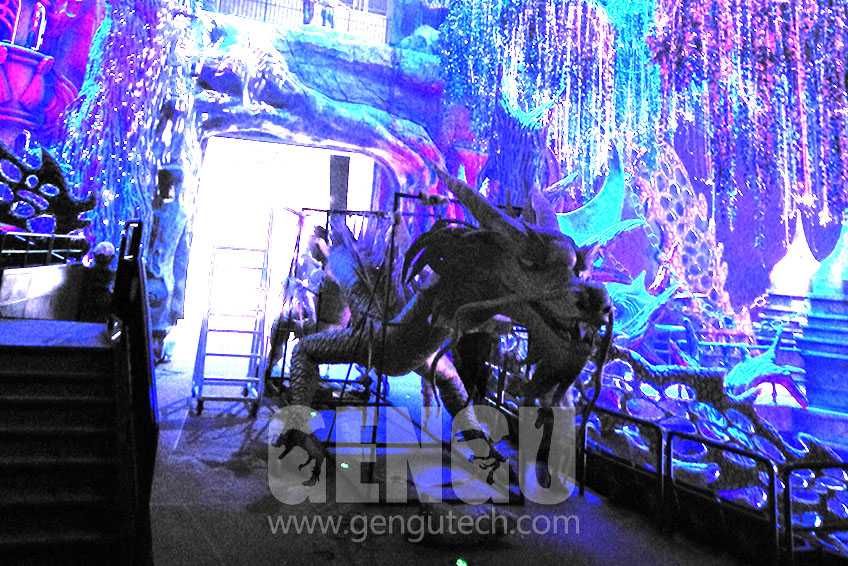 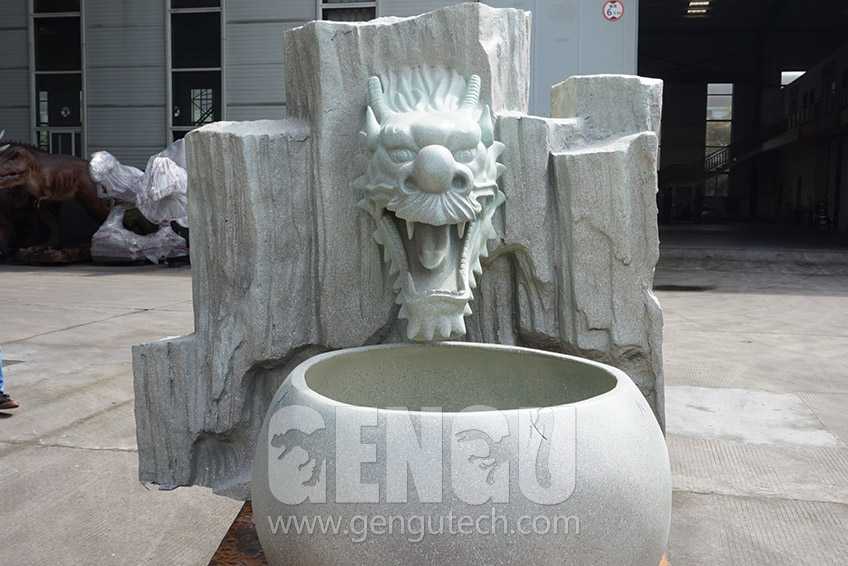 Chinese dragon, also known as East Asian dragon or Long, are legendary creatures in Chinese mythology, Chinese folklore, and East Asian culture at large. In Chinese art, dragons are typically portrayed as long, scaled, serpentine creatures with four legs. They traditionally symbolize potent and auspicious powers, particularly control over water, rainfall, typhoons, and floods. The dragon is also a symbol of power, strength, and good luck for people who are worthy of it in East Asian culture. Chinese dragons are everywhere in China — in legends, festivals, astrology, art, names, Chinese zodiac, and idioms. Chinese people consider themselves to be descended from the dragon. Chinese dragons are seen as lucky and good — quite different from the evil, dangerous, fire-breathing dragons of most Western stories. 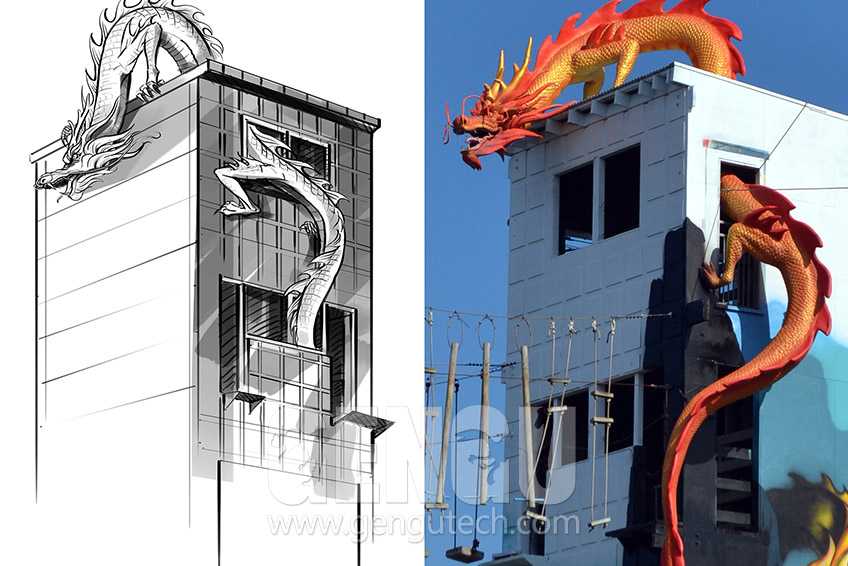 Therefore, we have many customers in China who need Chinese dragons to use for various festivals or theme decorations. And our overseas orders are mainly concentrated in places like Chinatown or other Asian-style places, exhibitions, museums, shopping mall and more.

This Chinese dragon is our recent project product in Chimelong International Ocean Tourist Resort, Zhuhai, China. This is one of our long-term partner in China. We have provided this customer with a wide range of animatronic products, like dinosaurs, animals and dragons to decorate their various theme resorts. As for this product, The head, body and tail of this Chinese dragon can be swung according to the setting and the mouth can open and close synchronize with sound. The whole indoor scene is arranged like a cave in a huge space to create a feeling of ancient Chinese fairyland.

1. Besides their stark differences in disposition and qualities, Chinese dragons and Western dragons happen to look very different as well. Chinese dragons are wingless, serpentine creatures. While they do not have wings, they are able to magically fly through clouds. Western dragons are portrayed as much portlier creatures, with big claws and large, leathery bat-like wings. They look like giant lizards and are often depicted with spines or rough scales.

2. Chinese dragons do not typically breathe fire. Chinese dragons are much better known for summoning rain and were thus viewed as a benevolent deity that helped bring prosperity to the land. This is a stark contrast to dragons in European and other Western cultures.

3. Chinese dragons are reclusive and known as “water spirits," unlike the European variety that is clearly terrestrial beings. Chinese dragons were said to reside at the bottom of lakes or oceans, and in the foggy skies. Western dragons often live in lairs or caves in the mountains. 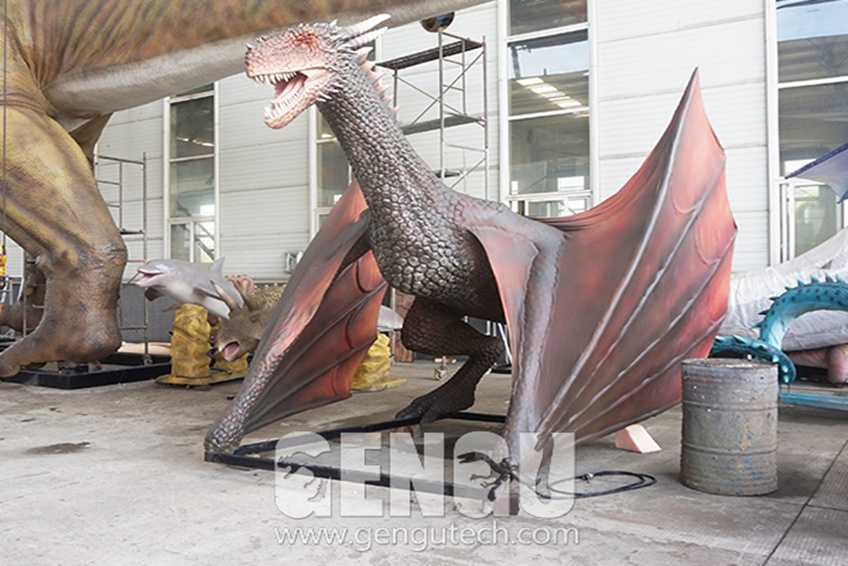 So whether you need Chinese dragons or Western dragons, you can find them in our Animatronic Dragons catalog. Our Animatronic Dragons have been exported to more than 70 countries and regions around the world. Usually Their main uses are attraction and promotion, like amusement parks, theme parks, museum, playground, city plaza, shopping mall and other indoor/outdoor venues. Leave us a message, let us help your business grow!