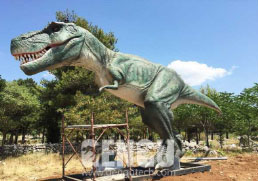 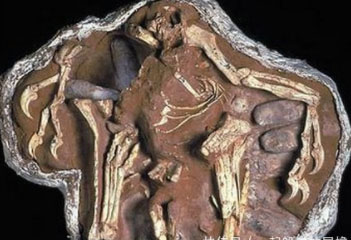 According to foreign media reports, scientists have discovered the baby dinosaur bone fossils of the new species of the virtual bone dragon, which is a species of theropod dinosaur, including the Tyrannosaurus Rex.

The baby dinosaur bone fossil is considered to be no more than one year old when killed, and the researchers believe that it is only 1 meter in length and weighs only 1.3 kilograms. However, this baby dinosaur will form a giant when it is adult. It is comparable to the monopodron, which is 5 meters long. It is a dinosaur with a long bone crown. More importantly, the researchers point out, they are most likely a carnivorous dinosaur that feeds on lizards, mammals and crocodiles.

Initially we discovered the dinosaur's leg bones, and at the same time, we were surprised to find that the skull was also buried in the rock. Through close-range research and analysis, it was found that the dinosaur bones were not fully developed. We can observe the skeleton of Zhao's dragon in detail under the microscope. The result shows that it died less than 1 year old and died on the bank of the stream. Currently, the study is published in the journal Journal of Systems Paleontology.

If you are interested in Lifelike Animatronic Dinosaur, please inform us gengudino@zggengu.com.