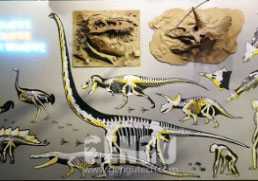 If Humans Can Domesticate Dinosaurs, Which One Do You Want?

Today we Automatic Animatronic Dinosaurs supplier come to summarize If Humans Can Domesticate Dinosaurs, Which One Do You Want.

The first intelligent life on earth was born in 4.55 billion years after its birth. At this time, the dominant animals are mammals and birds, so they are the main objects of domestication.

But if the clock is slightly moved forward, it will be adjusted to 4.4 billion years ago. If we are the intelligent life born at this time, surrounded by all kinds of dinosaurs, which ones will we domesticate?

The history of dinosaurs has reached 160 million years. Of course, it is impossible for any intelligent civilization to reach all species.

However, for the sake of discussion, let's assume that we can choose among the thousands of known dinosaurs - imagine that we have mastered the genetic engineering techniques of resurrection dinosaurs.

For reference in our realistic domesticated species, try to list which dinosaurs are potential stocks. 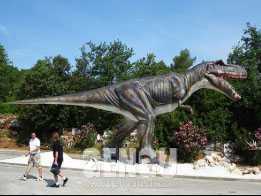 What kind of animals can be domesticated?

Every time an animal eats a certain plant or another animal, the efficiency of the conversion of food biomass to the biomass of the predator is much less than 100%: usually around 10%.

Because of this fundamental inefficiency, no carnivorous mammal is domesticated to serve as food.

speed of growth. Domesticated animals must also grow rapidly in order to be worthwhile. This requirement excludes gorillas and elephants. Although they are vegetarian, they are definitely not picky eaters, and they have more meat.

Is there a big rancher who wants to be a gorilla or elephant to spend 15 years waiting for his herd to grow to adulthood? Modern Asians who need to use elephants find it much more costly to capture elephants from the wilderness.

We humans don't like to have sexual intercourse in the eyes of the public; some animals with potential value do not like to do so.

This is the reason why the domestication of the fastest-running animal cheetah on land is half-way, although we have been interested in domesticating it for thousands of years.

Dangerous temperament, of course, almost any mammal of sufficient size can kill. Pigs, horses, camels, and cattle have been killed. However, some large animals are much more dangerous and more dangerous than other animals.

The tendency to murder has deprived many seemingly ideal animals of eligibility for domestication. An obvious example is the Grizzlies.

Large herbivorous mammals respond to dangers from predators or humans in different ways. There are several who become nervous when they are aware of the danger, move agilely, and immediately escape as usual.

There are also a few that are slow-moving, less stressful, seek protection in the cluster, stand still when threatened, and do not run away when necessary.

Most deer and antelope (reindeer are notable exceptions) belong to the former species, while sheep and goats belong to the latter.

Almost all domesticated large mammals have demonstrated that their wild ancestors have three common social characteristics: they live in groups; they maintain a perfect level of superiority among group members; these groups occupy overlapping living areas and Not mutually exclusive areas.

In contrast, a single animal living alone cannot concentrate it on grazing. They are incompatible with each other, they don't keep people in mind, and they don't instinctively obey.

Of course, I am afraid that no dinosaur can perfectly meet all the above requirements, we can only do our best.

If you need Artificial Animatronic Dinosaur, please contact us.