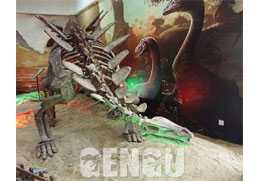 Eating meat is not cost-effective. If you are not used to eating plants, can you eat insects? Although anteaters are not domesticated in practice, attempts are always worth encouraging.

Strictly speaking, the possibility of slashing a dragon is greater than eating a worm - but it is not easy to explain its "sickle" (very long claw). One guess is that this may be used to open a termite nest.

However, you really don't want to live with animals that are 10 meters long, 5 tons heavy, and 1-meter light paws. 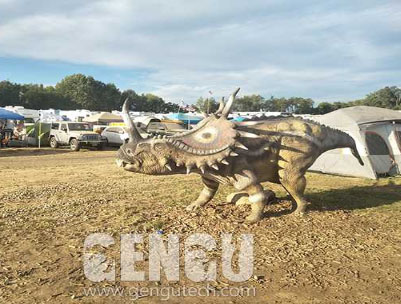 This dinosaur has three major advantages: first, fat; second, slow; third, small brain. Although it is unfair to compare pigs to pigs (some people are actually quite smart), we just want to eat meat.

How does a fat, slow, and stupid animal survive? Of course, it has defensive measures - there are a lot of bones on the body, which has little effect on the butcher but helps to resist other beasts.

But its other trick may be equally important: an efficient digestive system. The plant residue in Mind's belly is very small and can see a clean incision, which proves that it is likely to "chew" food to some extent, instead of swallowing it like a lot of other dinosaurs. Slowly grind.

Wait a minute, this is a perfect meat animal! Peel off the skin to automatically generate the plate armor!