Animatronic Dinosaurs is the use of modern scientific and technological methods to reconstruct solid dinosaurs based on computer-recovered pictures of paleontology and archeologists. The simulated real dinosaurs produced by the restoration are very realistic in appearance, lifelike, and exquisite in motion. Finally, a control program is implanted, so that a complete animated dinosaur comes out.

Such dinosaurs are called simulated electric dinosaurs, and parts of the body will move their mouths and bark, and even implant custom programs to interact with people. The morphology of dinosaurs can be customized according to customer needs. As a new animation dinosaur manufacturing company in the industry, we also provide custom design services. Below Animatronic Dinosaurs For Theme Parks supplier will introduce the production process of animated dinosaurs. 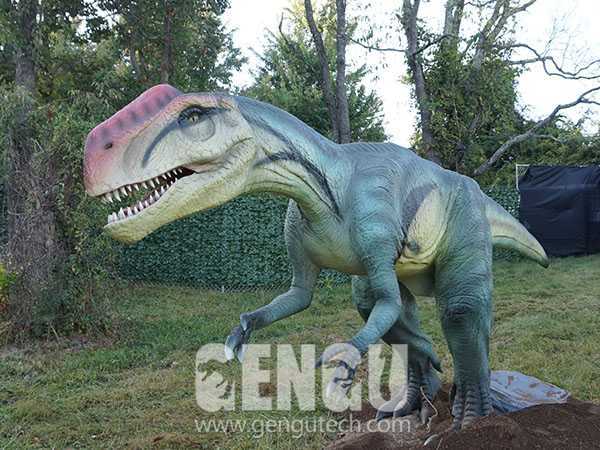 3. Electrical installation: If you want to make the dinosaur move, you also need to install various circuits, the "meridian" of the dinosaur, the circuit is connected to various electrical components such as motors, sensors, cameras, etc., and the signal is transmitted to the controller through the circuit;

5. Detailing: After the large outline comes out, you still need to portray the details and the texture on the body;

6. Skin grafting: In order to increase the elasticity and service life of the skin, we will add a layer of fiber between the muscle and the skin, and then dilute the silicone into a liquid, brush it over and over on the animated dinosaur, and it will become a dinosaur after drying. skin;

7. Coloring: Dilute the silica gel with pigment and spray it to the skin of the animated dinosaur;

The above is the production process of animated dinosaurs introduced by Dinosaur Costumes supplier. I hope to help everyone.