What are the Precautions for Investing in an Animated Dinosaur Show? 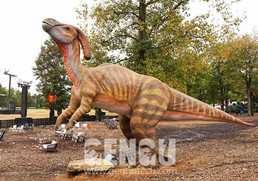 With the development of society, a variety of cultural popular science exhibition activities are spreading all over the place. Among them are animated dinosaur shows, which were very popular 10 years ago. But now, it has entered a trough, and even faces a bad street. If you still want to invest in an animated dinosaur show at this time, what should you pay attention to? Here are some suggestions from Animatronic Dinosaurs For Theme Parks supplier.

In the past, a few dinosaurs in an exhibition of dinosaurs could attract a large number of tourists and earn a lot of money. Nowadays, more and more commercial activities have dinosaur exhibitions, which have caused aesthetic fatigue and higher requirements for animated dinosaurs. It was difficult for dinosaurs to meet the eyes of tourists.

In contrast, the dinosaur show is still popular. This is because their dinosaurs are rich in subject matter and people will not have visual fatigue. In China, because of lack of experience, many investors believe that as long as dinosaurs can attract tourists, they suffer very badly. This does not mean that the dinosaur show will not be done, but we must change our thinking.

When investing in the Animatronic Dinosaurs exhibition, we must pay attention to the rich subject matter cannot be single, simply appreciating dinosaurs is absolutely impossible, we must let visitors participate in it, have a sense of interaction. At the same time, you can't put eggs in a basket. It's not enough to get animated dinosaurs. You also need to add other playable equipment and props, such as Dinosaur Costumes. Only in this way can tourists stay longer and gain a good reputation. 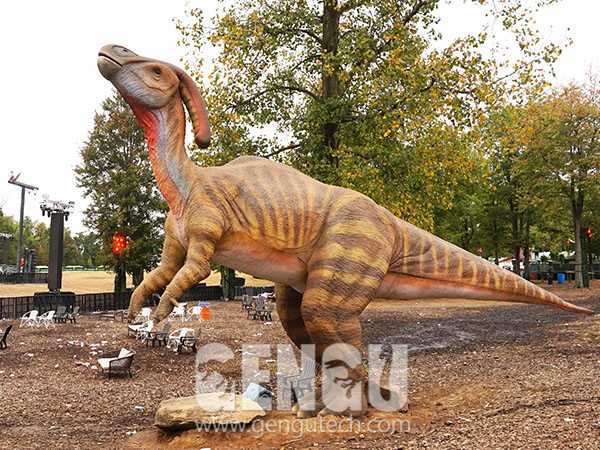 At the same time, there must be a very favorable exhibition environment. For example, children in shopping malls have a play area, and there is a certain amount of passenger support next to the park. Otherwise, it will be difficult to attract a large number of visitors to play.

In early 2020, a new coronavirus pneumonia epidemic hit the country's tourism industry severely, causing a cliff-like decline. This has made many investors engaged in the tourism industry miserable, and also made many companies engaged in the construction of tourism products more difficult, but for the animation dinosaur model manufacturing industry, this is an opportunity.

From the analysis of the epidemic situation, there are several keywords. There are many people and the air is not flowing. Many people have a psychological shadow, which will contradict some people’s intensive activities, especially the indoor air circulation activities, and it will be bleak in the short term, making it difficult to attract tourists.

Some outdoor tourism activities came into being, and the more primitive the natural environment, the more popular it is. However, it is inevitable that people will feel boring when looking at the mountains, rivers, flowers, and plants. This requires animated dinosaur models. It will become a beautiful landscape in the mountains, which will increase the interest of tourists and attract children's attention.

The animated dinosaur model has the characteristics of fast production, long life, rain-proof, waterproof and sun-proof. It roars through the mountain forest, and can be well integrated in the original natural environment, which has become a weapon for tourism recovery in the original environment.

During the SARS period, the tourism industry was also one of the fastest, fastest, and most impacted sectors. It was also the fastest-recovering and recovering area. At the beginning of the epidemic, attractions were closed, large-scale recreational activities were cancelled, and residents were hiding away The epidemic situation has been suppressed, both physically and mentally. Once the epidemic situation is resolved, consumer potential energy will erupt like a volcano, and retaliatory rebound consumption is inevitable. At that time, many scenic spots will show a blowout growth. Trends, real innovation and change, improving quality tourism.