Home>Blog>Industry News
What are the Precautions for Investing in an Animated Dinosaur Show? Are Real Dinosaurs the same as Jurassic World?

If the Dinosaurs are not Extinct 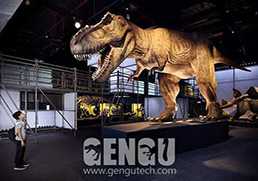 If the asteroid did not hit the earth 65 million years ago during the Mesozoic era, what would the creatures that rule the earth look like today? This question sounds ridiculous, but some scholars believe that if the dinosaurs are not extinct, it is very likely that the rule of the earth is a species of dinosaurs. This kind of dinosaur has an IQ that is extremely high compared to other dinosaurs. -Wounded Tooth Dragon. The following Theme Park Animatronic Dinosaurs supplier will come to introduce you in detail.

Stomatosaurs appeared at the end of the Cretaceous, about 70 million years ago. It is called the smartest dinosaur in the dinosaur world. Why did the injured fangs win this honor? This is mainly because of its brain capacity, that is, under the same conditions, the ratio of the brain capacity of the odontosaur to the body type is much larger than that of other dinosaurs. By three-dimensional reconstruction of its intracranial structure, paleontologists speculate that its intelligence level can reach a very high level.

Trauosaurus is a small omnivorous animal. The height of an adult wounded dragon can reach 1.2 meters and weigh about 60 to 70 kilograms. Appearing at the end of the Cretaceous period 70 million years ago, it is known as the smartest dinosaur of the dinosaur age. Why did it get such an honor? According to scientists' research, the ratio of brain volume to body size of Stomatosaurus far exceeds that of other dinosaurs of the same period. What is even more surprising is that its forelimbs have evolved into a true thumb shape, so it can be "grabbed".

We all know what it means to be omnivorous, clever, stand up, and be freed from the "hands" of grasping. For these reasons, some people believe that if the asteroid that killed the dinosaurs 65 million years ago did not hit the earth, the tooth dragon is likely to evolve into a smart species and further form a "dinosaur civilization."

But is it true? First of all, this has to start with the fact that the asteroid hit the earth 65 million years ago. If it wasn't for that asteroid that caused the dinosaurs to go extinct, there would be no room for mammals to develop on the earth, and human civilization would be impossible to talk about.

Then, more than 10 million years ago, crustal movement caused huge changes in human ancestral habitats, forcing them to come down from trees. In order to adapt to the open grassland, they slowly learned to walk upright. Food on the grassland is difficult to obtain, but it is also dangerous. Human ancestors must be highly united to survive. As a result, they became more social and gradually evolved into a language capable of expressing abstract concepts in complex environments.

The invention of language greatly improved the intelligence level of ancient apes, and they could exchange survival experiences and lessons with each other. For example, some people find that charred meat is more delicious, and some ancient apes inadvertently made a very useful tool. These useful communications quickly spread to the entire ethnic group. 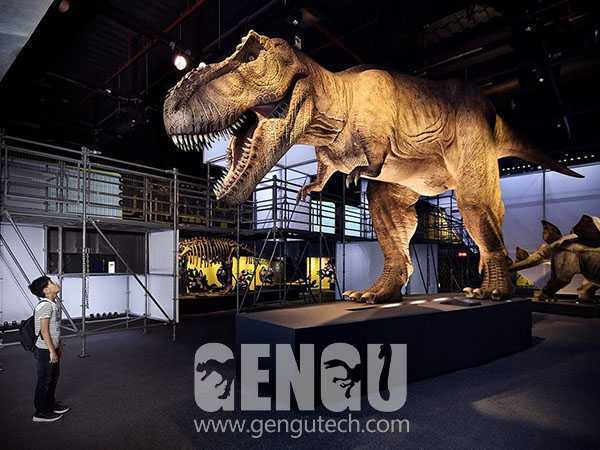 Trauosaurus does have the potential to evolve into a smart creature, but if there are not enough external conditions, even if it is the smartest dinosaur of the dinosaur era, it cannot evolve into civilization. Therefore, even if dinosaurs are not extinct, they are unlikely to develop a "dinosaur civilization." The above is the introduction of the Animatronic Dinosaur manufacturer. What do you think about this?