Home>Blog>Industry News
Explore the Reasons For The Extinction of Dinosaurs (2) How Did Dinosaur Become a Light Bird? 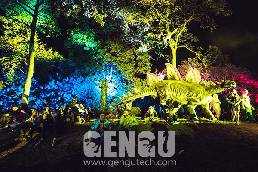 In the past, some textbooks and popular science publications often described Dinosaurs as dull animals. But after years of research, paleontologists have proved that dinosaurs are not dull fools, but the most agile and energetic species on the planet at that time.

Some people think that the brain size of a dinosaur is too small compared to its body. In fact, the growth rate of the dinosaur's brain is only about 2/3 of the growth rate of the body. In other words, the size of the brain changes with 2/3 of the body size. In the case of equal weight, reptiles have a smaller brain than mammals, which is the mark of biological evolution. 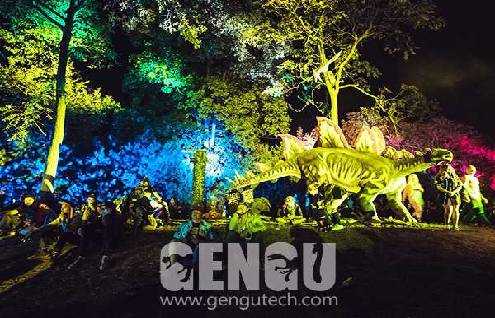 Paleontologists have measured the "brain mass quotient" of dinosaurs. They first calculated its weight based on a relatively complete dinosaur skeleton, and then calculated the brain mass according to the formula that the brain mass changes with the body size to the power of 2/3. Figures, and then further calculate the "mental quotient." Since there is no more reliable method and basis for the research on dinosaurs and Dinosaur Fossils, paleontologists often use the method of calculating "brain quotient" to measure the intelligence level of dinosaurs.

Relatively speaking, the larger the brain capacity, the smarter it is. Generally speaking, the brain capacity of carnivorous dinosaurs is higher than that of herbivorous dinosaurs. The brain mass quotients of tyrannosaurus and dinosaur claws have exceeded 5, many times higher than those of Tyrannosaurus. The brain mass quotient of sauropod dinosaurs is only 0.2-0.35, Ankylosaurus is 0.52, Stegosaurus is 0.56, and Ceratosaurus is between 0.7-0.9.

Therefore, dinosaurs also have IQs, but they are relatively low. When people mention the smartest dinosaurs, their first impression is that they are dinosaurs. This is based on facts.