Dinosaurs may be by far the most popular creatures in history, having spawned a huge number of books, movies, TV shows, and video games. Dinosaurs came a long time before us humans, they lived on the planet for over 66 million years  before their extinction, so the fossils and modern technology have helped us piece together what dinosaurs may have looked like and even how they might have behaved. Here is a quick and easy overview of the most important highlights of dinosaurs: 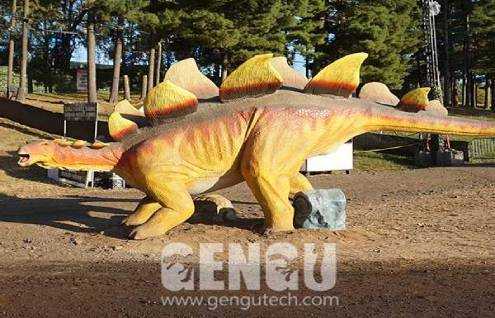 5. Those aren't really Velociraptors in the 'Jurassic Park' movies. Velociraptor had feathers, not scaly, reptilian skin. And in real life, Velociraptor was about the size of a big chicken, considerably smaller than the approximately 2 m tall and 80 kg reptiles seen in the films. And Velociraptors lived in what is now modern-day Mongolia about 70 million years ago, not north America.

Except for visiting museums, how do we get connections with these prehistoric creatures? Our customized dinosaur products, like animatronic dinosaurs, Realistic Dinosaur Costumes, can bring you back to the Jurassic world. We have a lot of solutions, designs and practical cases for you to reproduce the world of dinosaurs, leave us a message and find more!