What Are The Four Deadliest Dinosaurs? 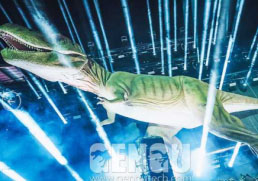 If you have any idea about Playground Animatronic Dinosaur T-rex, welcome to contact us and discuss.

As a former hegemon, the dinosaurs left many traces on the earth, and today I will take stock of the four deadliest dinosaurs in the dinosaur world. 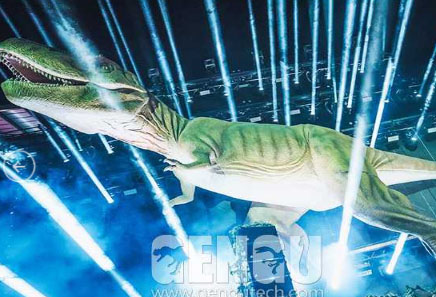 1. Utah casts a dragon: It can be seen from the cast of its two claws. The sharp claws can easily shred the prey. The speed of two-legged walking is also quite fast.

2. Shark-toothed dragon: It is also a rather alternative type of dinosaur. They like to use their heads to collide to attract the opposite sex. They only have thick brow bones. Their teeth are as sharp as blades, which can easily bite prey.

3. Norfolk Dragon: The multi-toothed Norfolk dragon can use its forward-facing front teeth to puncture the prey like a spear, and then use its own blade-like back teeth to shred the prey. This type of tooth arrangement is rare in carnivorous dinosaurs.

4. Tyrannosaurus: There is no doubt that Tyrannosaurus is indeed the most deadly type of dinosaur. Their teeth, which seem to be able to bite everything, make all prey chilling. The bite force is generally 90,000 Newtons - 120,000 Newtons and the mouth end can be up to about 200,000 Newtons. With such a strong bite force, almost no creature on the ground can resist it, and it is basically bitten after being bitten.

For more information about Life-size T-rex Dinosaur, please contact gengudino@zggengu.com or call us.