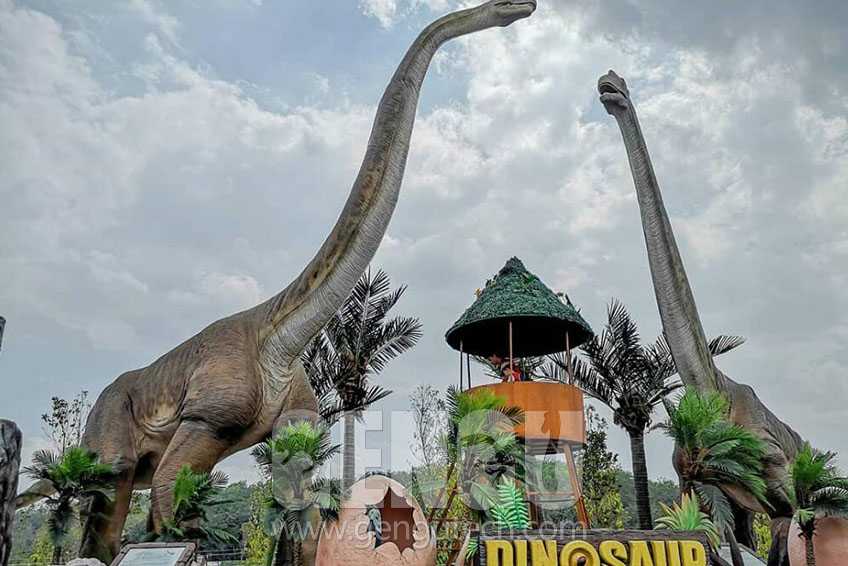 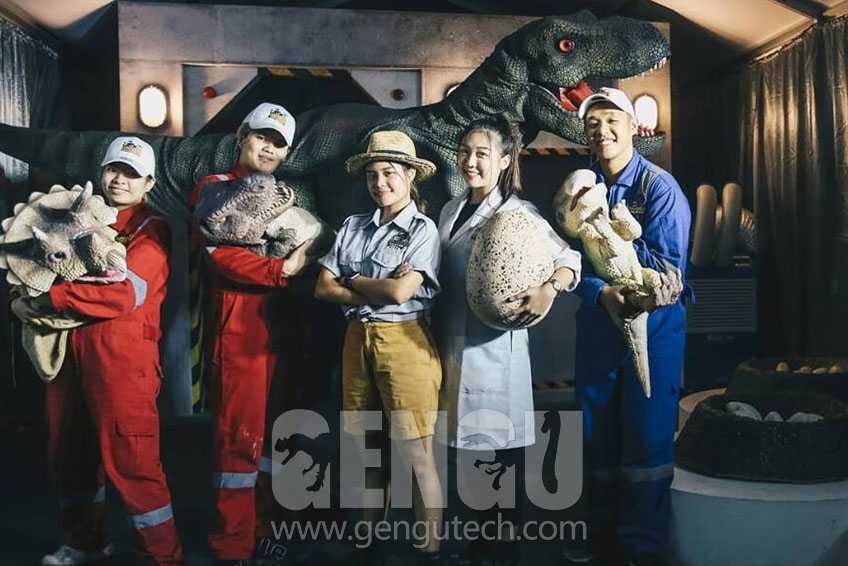 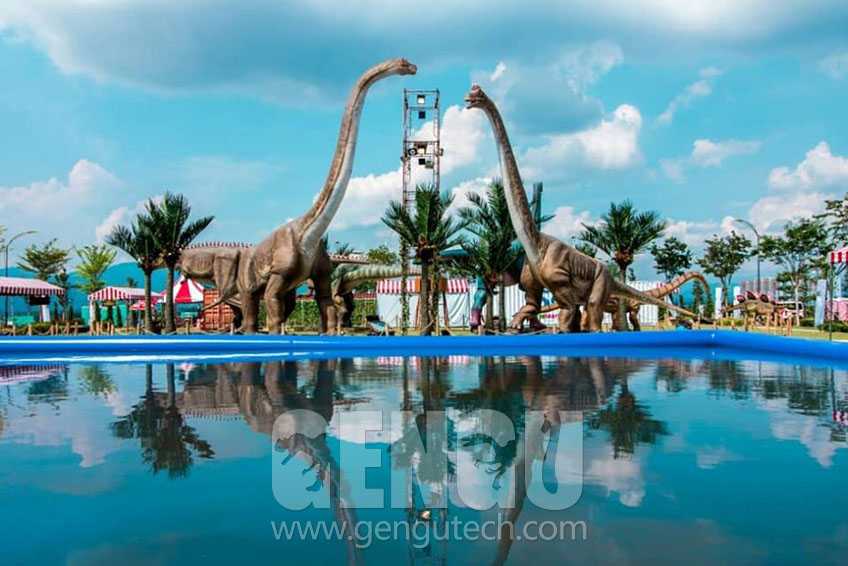 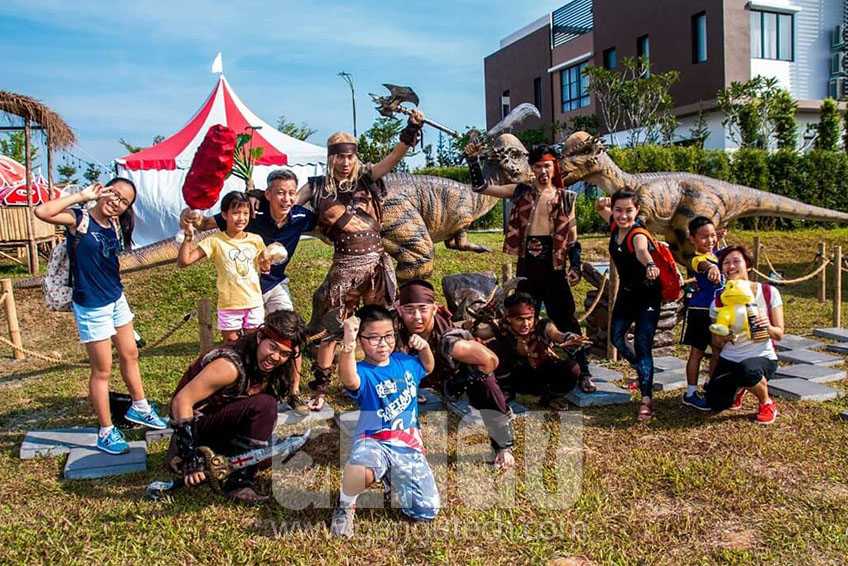 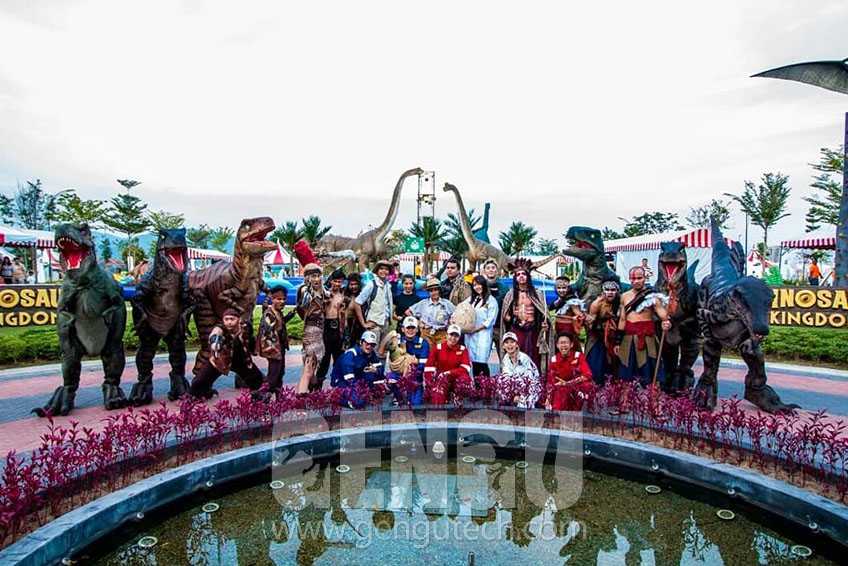 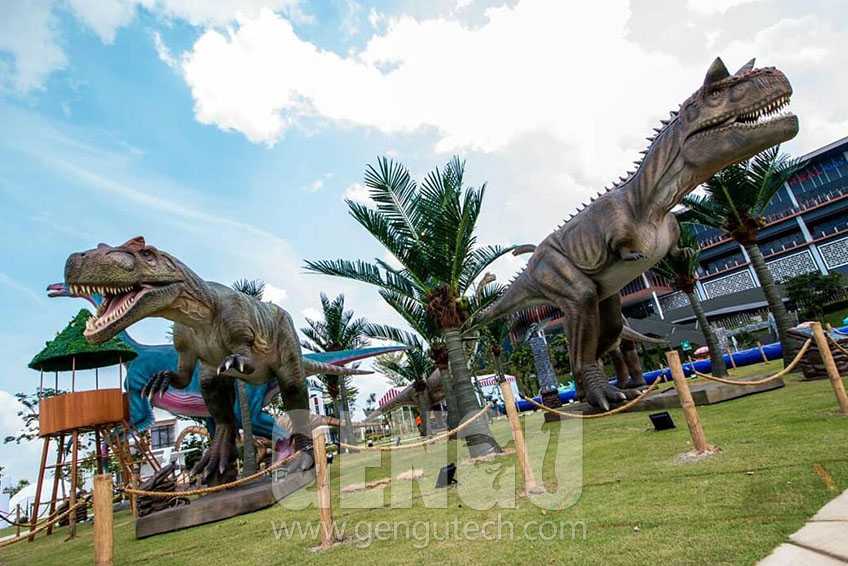 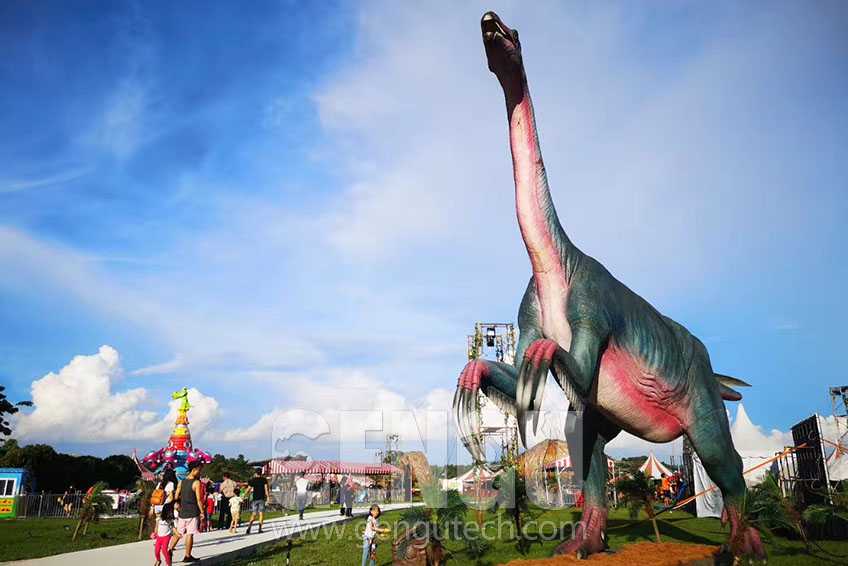 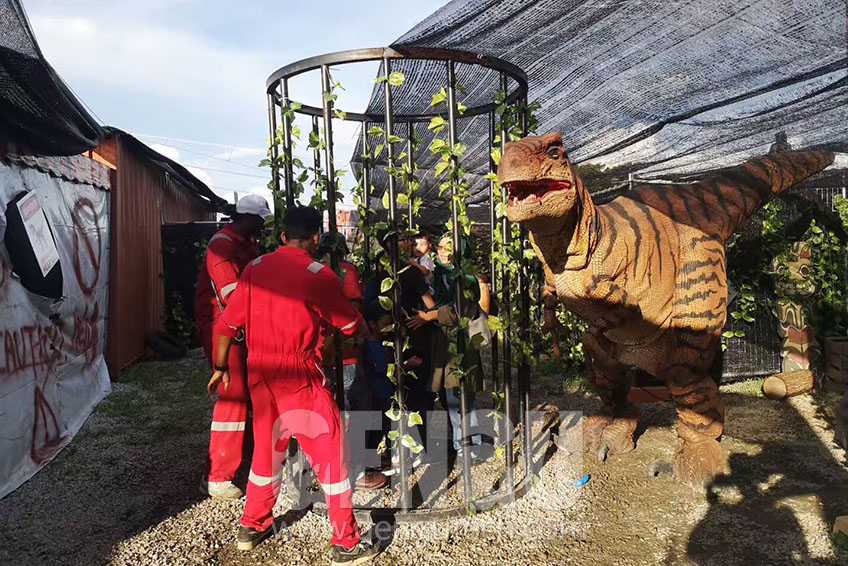 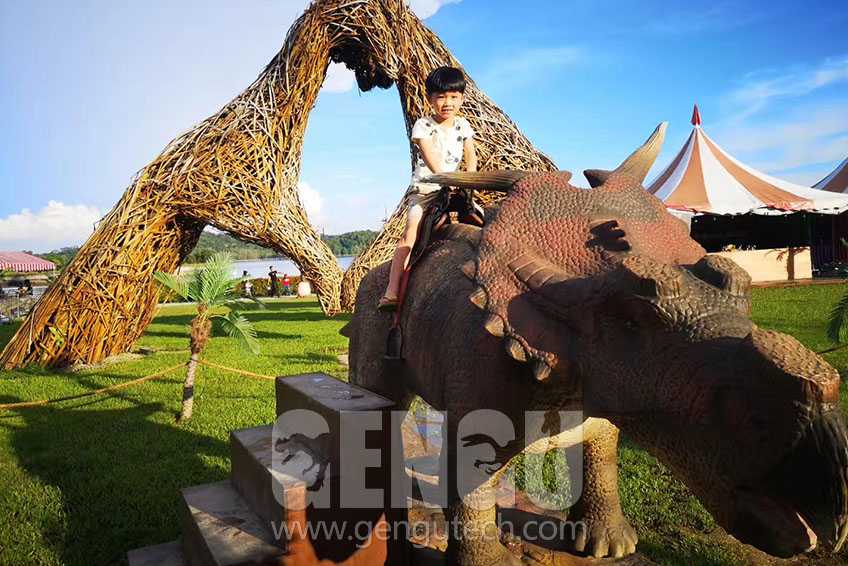 Temporary traveling exhibitions can bring together objects that might be dispersed to show around for local people. Such exhibition adds interest in helping to provide fresh and exciting stories to attract new audiences. The tour of prehistoric creature has gradually become more and more popular. Listed below are some popular dinosaur-themed exhibitions.

1. WALKING WITH DINOSAURS - The Arena Spectacular.

Marvel at the story of their 200-million-year reign on earth, as the continents split and the show transitions from the Triassic to Jurassic eras. If you want to watch them walk, hear them roar, and see their fight for survival and supremacy depicted in almost cinematic realism in front of you. Before they become extinct, you can’t miss the walking with dinosaurs.

Walking with dinosaurs is a live arena experience for audiences of all ages. It was seen by over 9 million people in more than 250 cities around the world. You would be amazed and thrilled as the greatest creatures ever to walk the earth return before your eyes.

The super realistic production features new, state of the art technology, making this the biggest and best dinosaur show in the world. Internationally renowned designers have worked with scientists to create 18 life-size creatures, including the Stegosaurus, Raptors, and the terrifying Tyrannosaurus-rex! 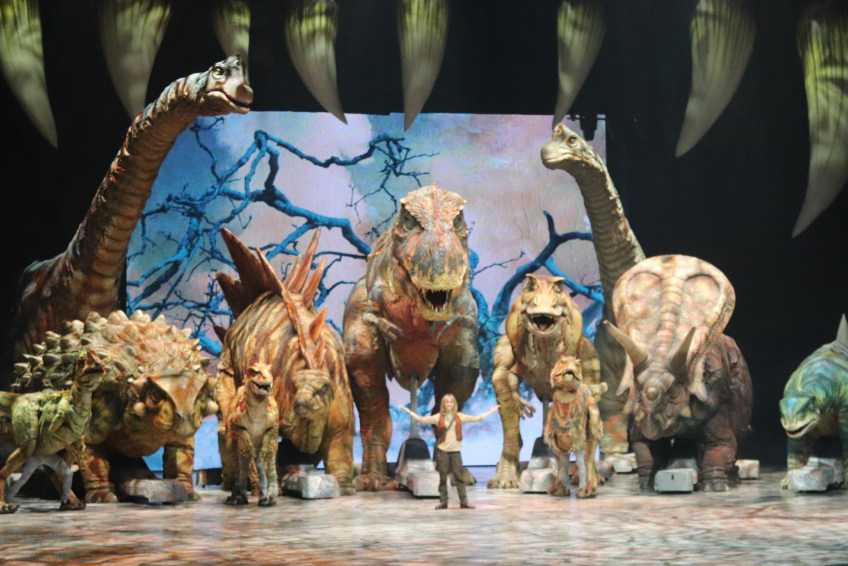 Jurassic Quest is America's largest and most realistic Dinosaur event. Visitors will walk through the Cretaceous period, the Jurassic Period and The Triassic period. You will experience what it was like to be among dinosaurs of all kinds.

From the very small, to the gigantic, sky-scraping dinosaurs that can only be seen at the event, Jurassic Quest has over 80 life-size dinosaurs in each of its two touring shows.

In addition to the life-like Dinosaur Exhibits, there are many attractions and activities for all kinds of dinosaur fans. Visitors can dig up fossils, ride on the back of a huge 24ft T-rex. There are countless dinosaur themed activities throughout the event including inflatable mazes, huge slides, and the multitrack Dino Bungee Pull.

Museum in the Classroom is one of the largest traveling school exhibits in the country. The Dinosaur George's Traveling Museum will convert your gymnasium or facility into a Natural History Museum.

This exhibit is not only exciting; it is highly educational. Museum in the school gives students the unique opportunity to see exhibits of prehistoric life from around the world, with over 150 museum-quality exhibit pieces from the earliest life on earth. From giant Texas reptiles to dinosaurs and Ice Age mammals, students will see firsthand some of the creatures that once roamed Texas and maybe even in their backyard! 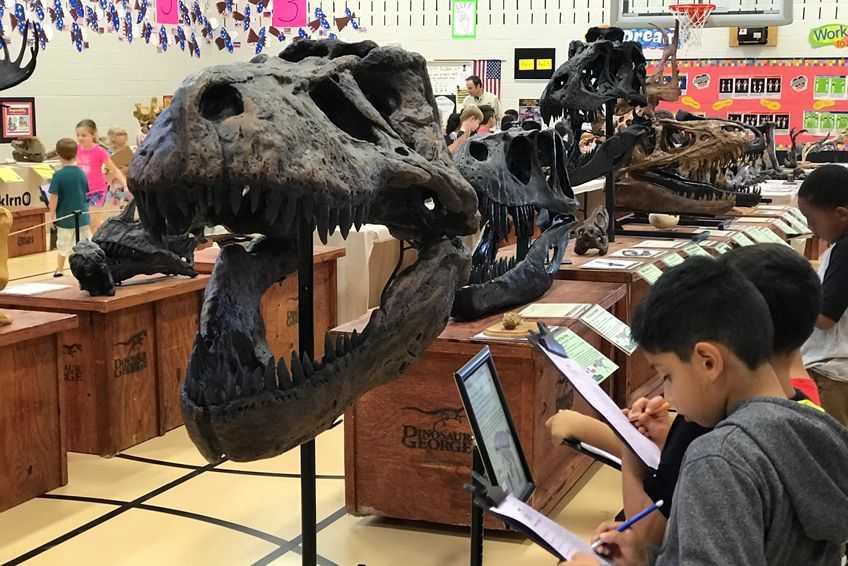 Erth's DINOSAUR ZOO LIVE guides your family on a breathtaking tour through pre-historic Australia. You'll observe, meet and interact with an eye-popping collection of amazingly life-like dinosaurs and other creatures presented in a theatrical performance that will thrill and entertain kids while stimulating their imaginations in ways that will forever connect them to their world. it's a fun, unique, entertaining and educational live show. 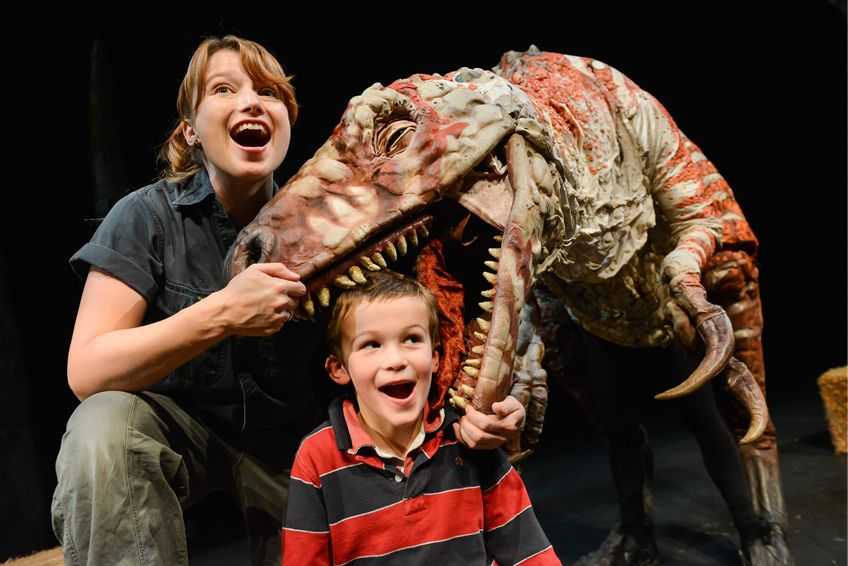 Themepaktu, short for Theme Park To You, or more widely known as Dinosaur Kingdom, is your first mobile dinosaur theme park in Malaysia. they offer visitors tons of amazing show contents and activities, which would definitely spice up your family day out.

Get ready for a prehistoric journey and experience the dangers and excitement of the Pre Historic era in this entertaining and mind-expanding show for all the family. You’ll meet and interact with a collection of life-like dinosaurs, including every child's favorite flesh-eating giant: the Tyrannosaurus Rex, Triceratops and Velociraptors, to name a few!