The Collection of The World's Best Dinosaur Museums 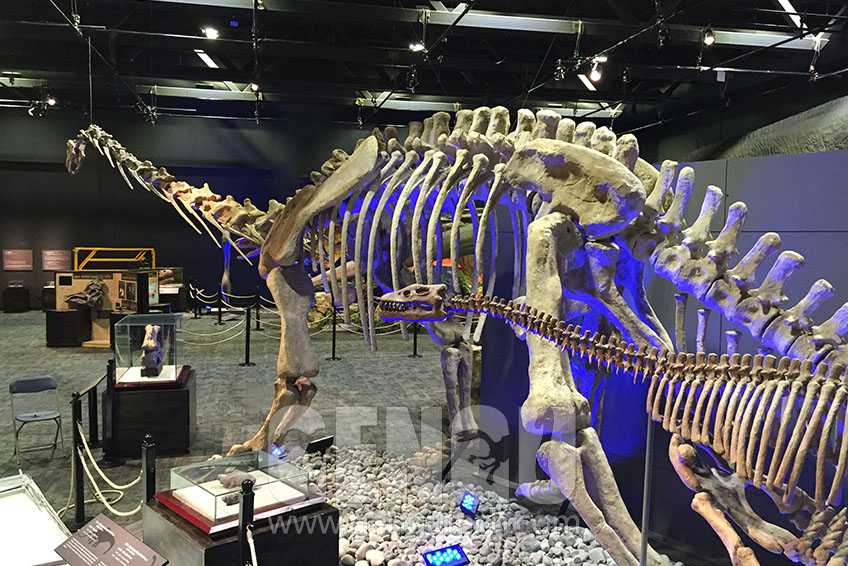 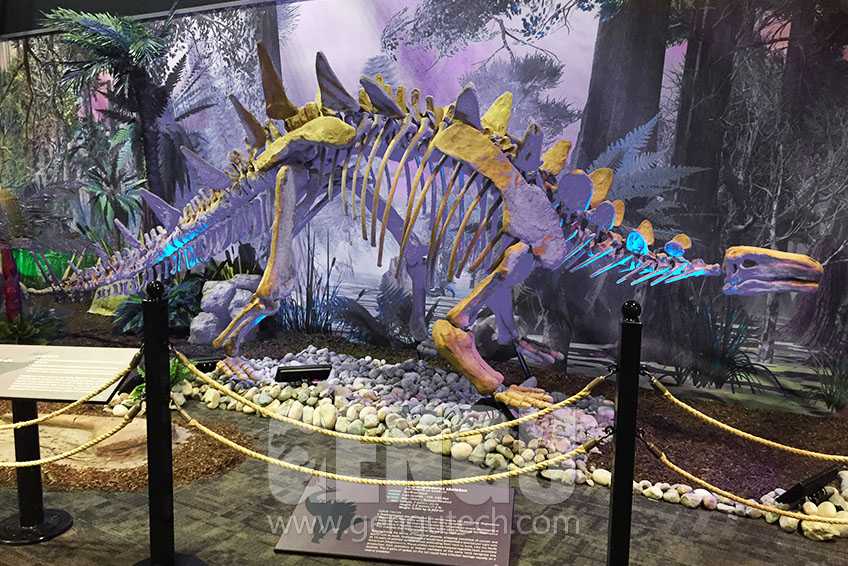 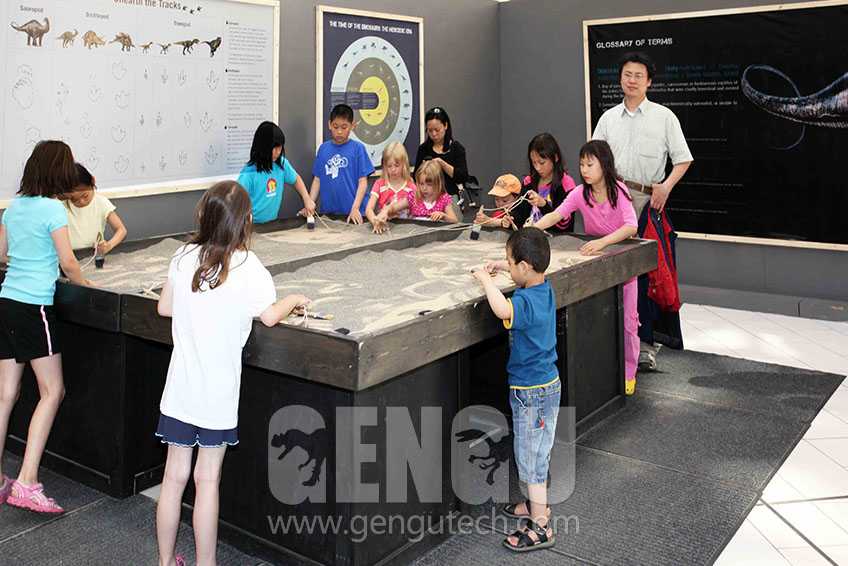 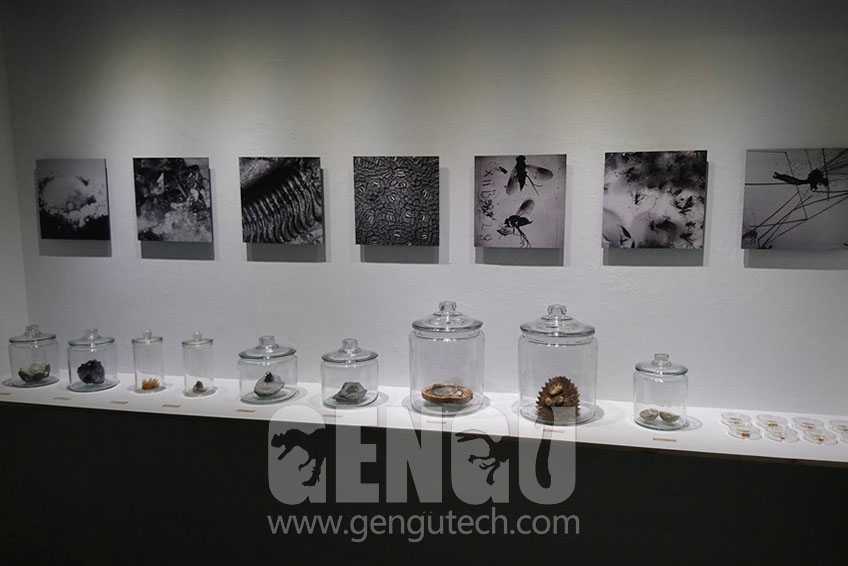 Since Jurassic Park has been successful, the Jurassic World was also reintroducing the man-meets-dinosaur disaster to a new generation of fans. This prehistoric monster is constantly coming into people's lives. Our scientists say it'll be a long time to build a real "Jurassic Park", so the animatronic dinosaur theme park is becoming more and more popular nowadays. Such a park is attractive enough to attract dinosaur fans, whether adults or children.

Fortunately, there are already plenty of museums all around the world that can bring people face to face with dinosaurs safely. These dinosaur museums will take you back to a time when fantastic creatures ruled the planet. If you're intrigued by the prehistoric world, we’ve rounded up a few of the world’s best museums for a spot of dinosaur viewing on your travels, in no particular order.

Berlin's natural history museum houses a serious collection of bones excavated largely from Tanzania in the 20th century, featuring all sorts of species, which is one of three major museums in Germany.

In the central atrium of the Museum, fossils of plants and animals from the late Jurassic are on display. Between 1909 and 1913, scientists of the Museum found approximately 230 tonnes of bones - the most successful dinosaur excavation of all time. To this day, much of the Museum’s research has been focusing on these finds.

Most impressive is the 41-foot, 5-inch Brachiosaurus, the tallest dinosaur in the world on display. It's a Guinness World Record holder and dominates the first gallery.

The museum also has the most important Archaeopteryx fossil in the world, demonstrating the birdlike link between dinosaurs and birds. 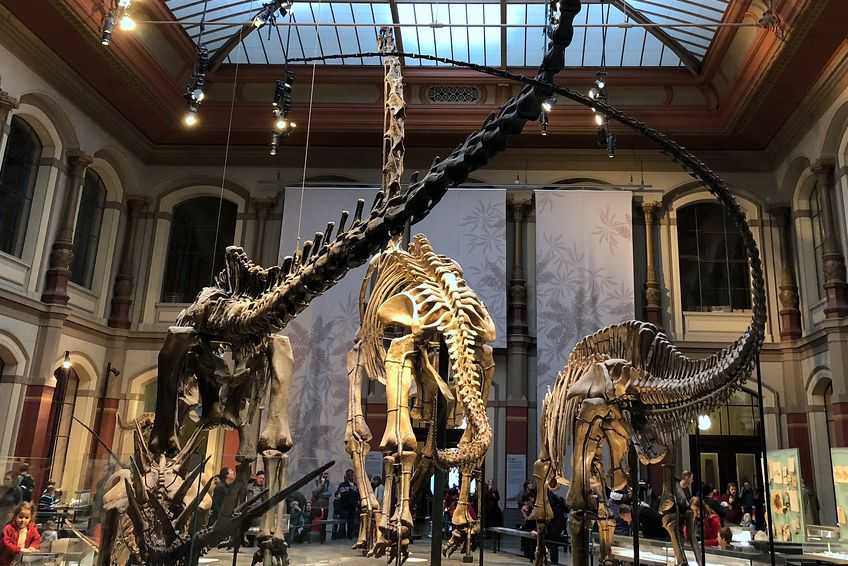 The Field Museum is a natural history museum in Chicago and is one of the largest such museums in the world. The museum's Evolving Planet exhibit, dedicated to the last 4 billion years of evolution, features dinosaurs from as far away as Madagascar and Antarctica.

The main attraction stands at the entrance. Meet Sue, the largest Tyrannosaurus in the world, who greets visitors at Chicago's natural history museum. She's a terrific specimen -- the original skull, weighing 600 pounds and flashing 58 teeth, is on display in the museum's balcony level along with information of dinosaurs.

And there's also a the long-necked, plant-eating titanosaur Patagotitan mayorum, dubbed Máximo on display, a 122-foot-long, the largest titanosaur dinosaur discovered to date. 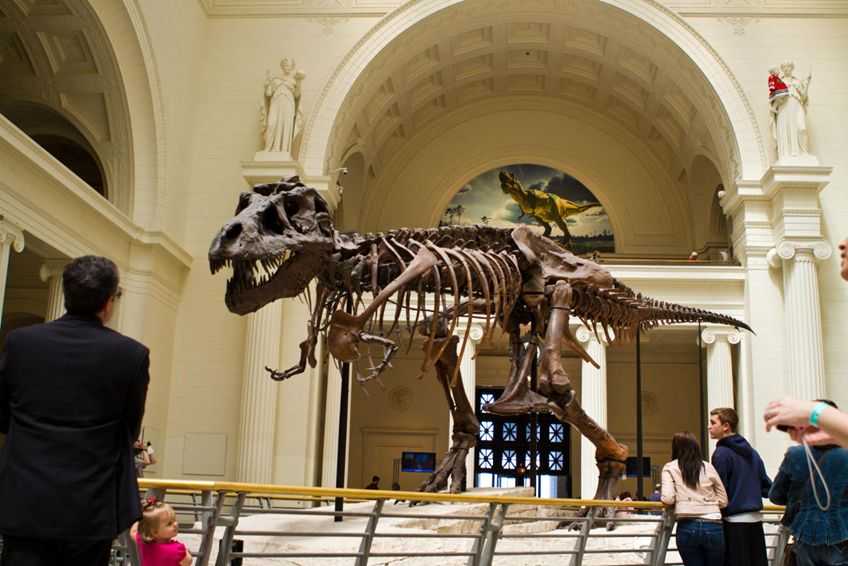 With the largest dinosaur hall in the world, this museum has an impressive collection of fossilized skeletons and casts. Its most important pieces are 30 fossilized Iguanodon skeletons, which were discovered in 1878 and it was the second dinosaur to be classified in the 1800s.

Interactive displays in the gallery also detail the fossilization process and dinosaur digs, among other topics. 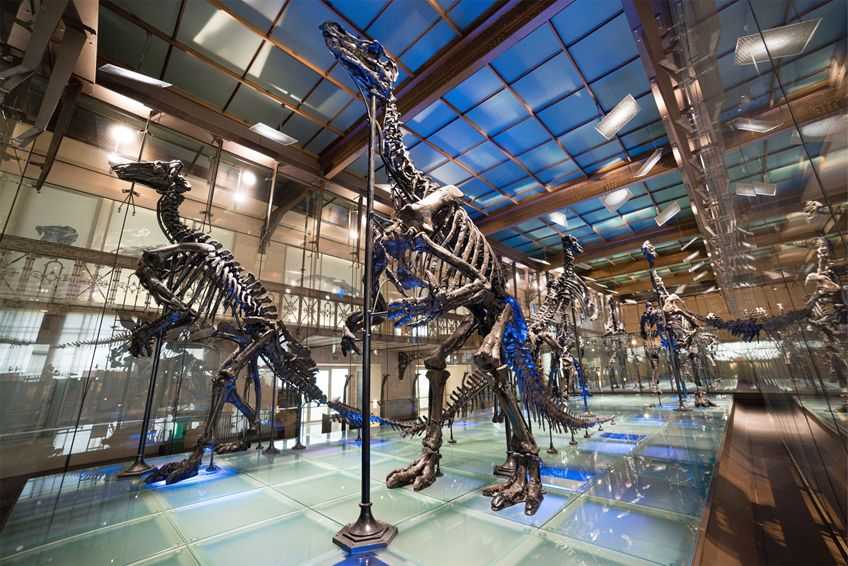 The National Dinosaur Museum, located in Gold Creek Village near Canberra has Australia’s largest display of prehistoric specimens. The museum's exhibition follows the evolution of life, with a particular focus on dinosaurs. This is the place to explore prehistory in Australia, and it has the country's largest collection of dinosaur fossils.

Major upgrades have taken place in April and May 2012 with the addition of twelve animatronic dinosaurs as well as an extensive collection of life-size models displayed both within and outside the museum. Fossil digs, children's learning events and weekend tours help attract 200,000 people a year, making it one of the area's biggest tourist attractions. 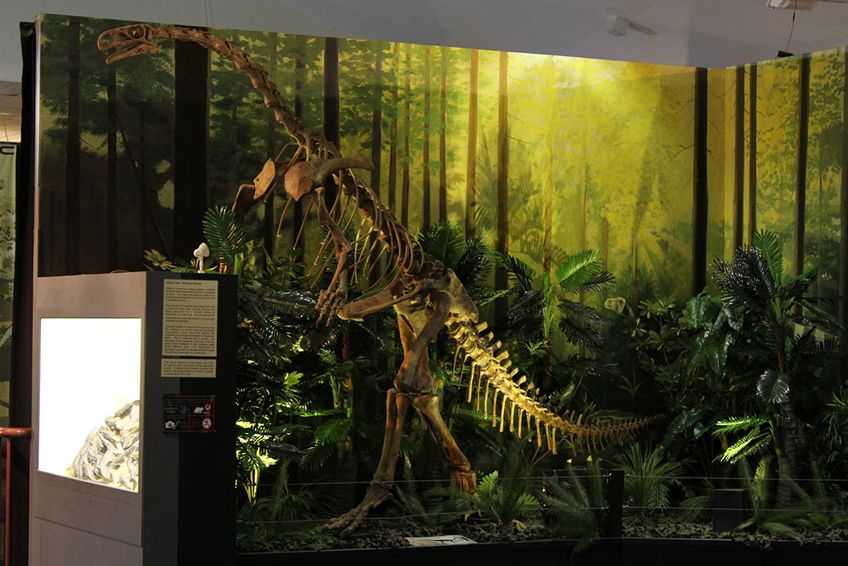 The Iziko South African Museum is a South African national museum located in Cape Town. The museum was founded in 1825, the first in the country. The museum houses important African zoology, paleontology and archaeology collections. The South African Museum (part of the Iziko museum group) is home to realistic dioramas of ancient Karoo landscapes with reconstructions of some of the dinosaurs that once lived here. And the "African Dinosaurs" exhibit features the Euparkeria, a distant relative of the dinosaurs, native to South Africa; as well as the Jobaria, a sauropod from Africa. You’ll also find collections of fossils, insects, stone tools made by people 120 000 years ago and traditional clothes. 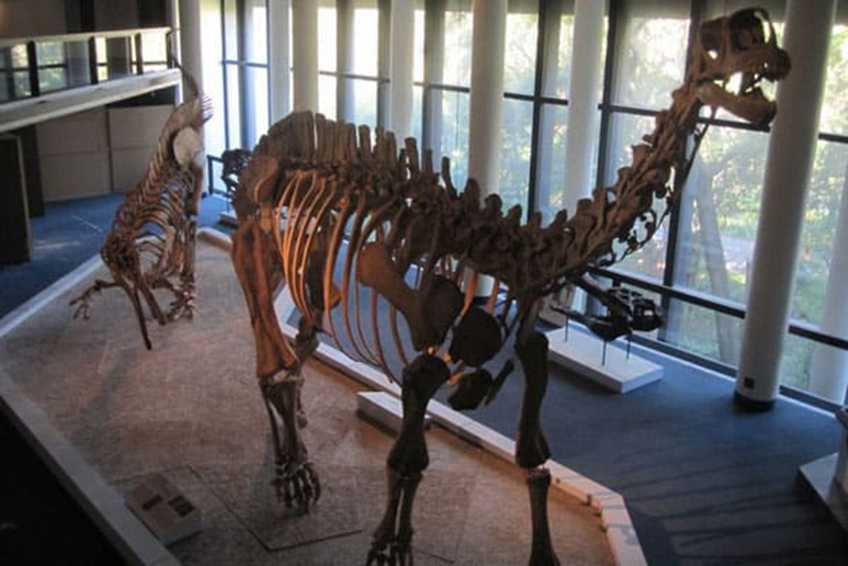 The Royal Tyrrell Museum is a Canadian tourist attraction and a center of palaeontological research known for its collection of more than 130,000 fossils.

One of the most popular is "Dinosaur Hall", with over 40 mounted dinosaur skeletons, including specimens of Tyrannosaurus rex, Albertosaurus, Stegosaurus and Triceratops. The newly renovated "Cretaceous Garden", featuring representatives of the plants that lived in prehistoric Alberta, and "Age of Mammals" and "Ice Ages" which cover mammalian life in the Cenozoic. Also on display is the "Triassic Giant", a 1,700 square feet (160 m2) specimen of the world's largest known marine reptile. In May 2017 the museum displayed an unusually well-preserved nodosaur. 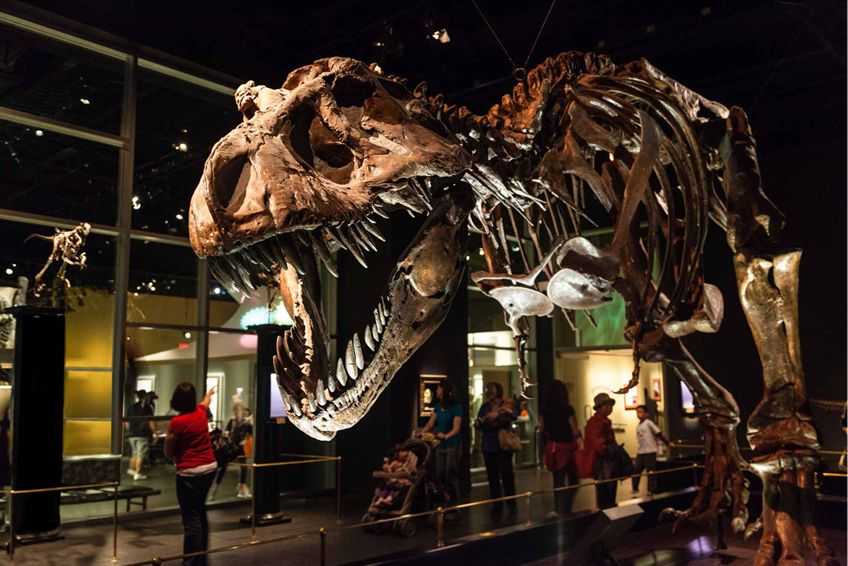 The Fukui Prefectural Dinosaur Museum, located in Katsuyama, Fukui, Japan, is one of the leading dinosaur museums in Asia that renowned for its exhibits of fossil specimens of dinosaurs and paleontological research. Since October 2009, the entire area of Katsuyama City has been recognized as a Japanese Geopark "Dinosaur Valley Fukui Katsuyama Geopark. This museum houses about 40 permanently-mounted, complete dinosaur skeleton specimens, 35 of which are found in the ‘Dinosaur World’ section, as well as various invertebrate fossils, minerals, rocks. There are huge dinosaur dioramas that move and a 20-minute bus tour takes visitors to the largest dinosaur discovery site in Japan, known as Dinosaur Quarry. And a large number of dinosaur remains including Fukuiraptor kitadaniensis, Fukuisaurus tetoriensis are found and excavated. Around 700,000 people visit the Fukui Prefectural Dinosaur Museum annually. 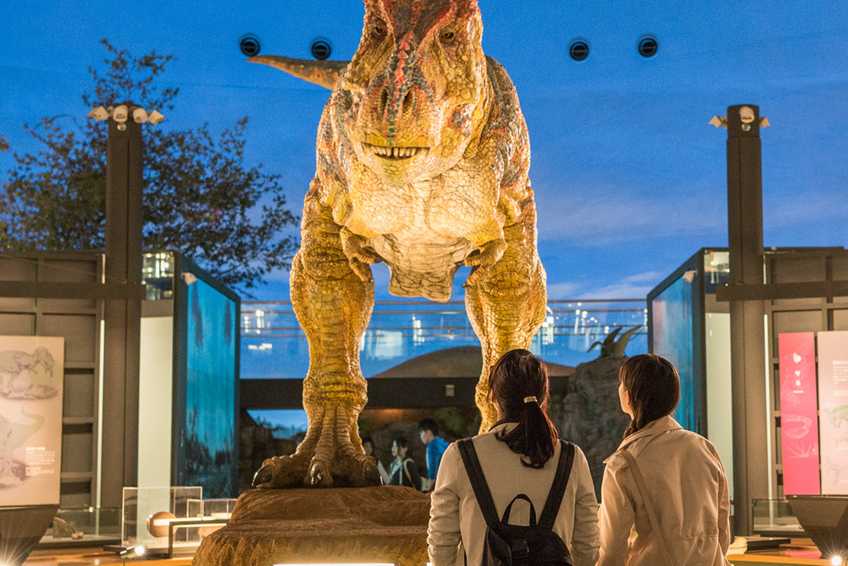 The Zigong Dinosaur Museum is located near the city of Zigong, Sichuan, China, in the township of Dashanpu. The museum sits on top of a large concentration of a diverse dinosaur assemblage from the Dashanpu Formation. The museum covers 25,000 square meters with a display area of 3,600 square meters. It attracts up to seven million visitors a year.

In the 1980s, vast quantities of dinosaur fossils were excavated in the Middle Jurassic Dashanpu Formation, including a dinosaur named after the township, Dashanpusaurus. Because of the unique and articulated (intact) bone remains, Zigong is important to paleontologists and dinosaur enthusiasts. The Zigong Dinosaur Museum was established in 1987, becoming the first museum-based almost entirely on dinosaurs in Asia. Mounted specimens include Omeisaurus, Gigantspinosaurus, Yangchuanosaurus, Huayangosaurus and Xiaosaurus. 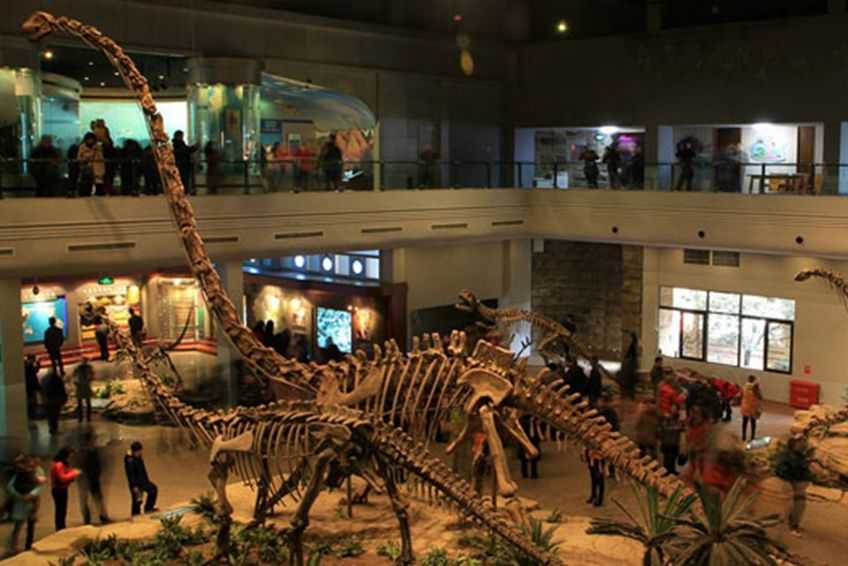 Therefore the animatronic dinosaur industry is booming in Zigong since the 21st century. And Zigong has already become one of the world’s largest bases for Animatronic Dinosaur exports. Gengu Dinosaurs Science & Technology Co., Ltd. is the biggest local animatronic dinosaur manufacturer. Their animatronic dinosaurs, dinosaur costumes, dinosaur fossils, dinosaur rides and fiberglass dinosaurs have been exported to dinosaur parks, theme parks, museums, dinosaur exhibitions, malls, etc all around the world. If you have plans to bring people back to the Jurassic world, contact us, we can help you.