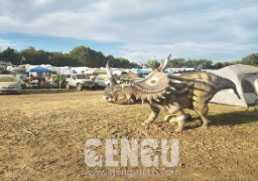 If you have any idea about Animatronic Dinosaurs For Theme Parks, welcome to contact us and discuss.

The little thief is too small, like a bird and a thin, always a little big animal?

Among the domesticated animals, the duck-billed dragon is an obvious "dragon selection."

Second, they live in groups and are easy to control.

Third, their size is barely acceptable in dinosaurs - the smallest is about 3 meters long, just a big circle than the cow. 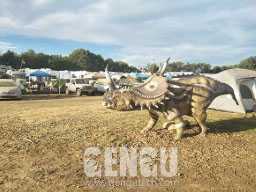 However, the duck-billed dragon has a serious problem: the current evidence suggests that they are migratory. The most extreme estimates suggest that they may migrate thousands of kilometers and a few hundred kilometers.

This means that you can't use a fence to circle a pasture like a cow and a sheep.

In fact, this is the key reason why many African animals are not domesticated.

Having said that, although the duck-billed dragon is eating plants, it shares the same big trouble as all other herbivorous dinosaurs: it is not able to eat angiosperms, especially not to graze.

There has been a long evolutionary arms race between animals and plants. The dinosaurs have been leaving for 65 million years. The new tricks of plant inventions over the years have basically not seen the dinosaurs, let alone parry.

Therefore, today they are likely to starve to death on the way to migration. It’s not a good time.

In fact, in addition to the duck-billed dragon, there are many dinosaurs with similar living habits, but one of them can stand out because of a special physiological structure: Qingdao Dragon.