Home>Blog>Industry News
The Vicious Dinosaurs That Existed Which Dinosaurs Appeared in Jurassic World 3?

You May Have Some Misconceptions about Velociraptors

Velociraptors have been misunderstood since they were described in Jurassic Park as giant scaly dinosaurs that hunted in packs and gutted their prey with sickle-shaped claws. Several things are wrong with this description. Velociraptors were actually feathered animals. They grew to 100 pounds, about the size of a wolf. About 74 to 70 million years ago, during the Late Cretaceous, when they roamed central and eastern Asia, they likely hunted alone - grabbing rather than hacking at their prey with their claws.

In fact, the raptors that terrorized Jurassic Park were based on a relative of Velociraptor: Deinonychus antirrhopus, a much larger dinosaur that inhabited North America during the early Cretaceous period some 145 to 100 million years ago.

So what exactly did Velociraptor look like? Although our knowledge is still growing as more fossil evidence is unearthed, paleontologists have managed to learn a lot about these iconic predators. 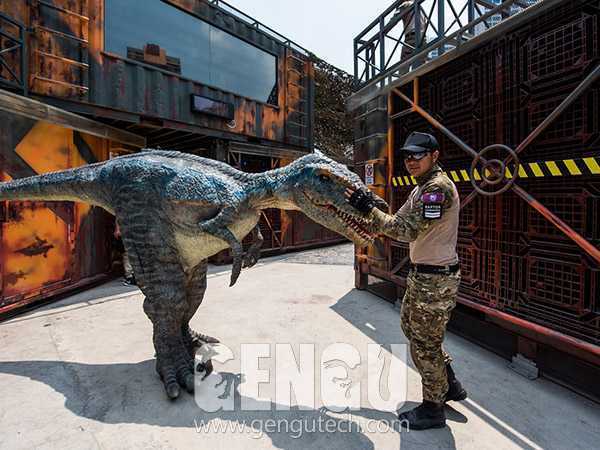 Scientists agree that today's birds are actually dinosaurs that evolved from dinosaurs of the suborder Theropoda, a family of three-toed predators that includes the Mongolian raptors and Tyrannosaurus rex. This family connection explains why Velociraptor had many of the characteristics of modern birds, including articulated ankles, swivel-jointed wrists, forked bones, and forward-facing toes.

However, unlike many of its avian relatives, this dinosaur was earthbound. Not only were its arms too short for flight, but the raptor's fork bones - the ones between the neck and thorax that are commonly used as springs to help birds fly - were not the correct shape to support flapping wings. Instead, the 2007 study hypothesized that raptor feathers may have been an evolutionary remnant of a smaller, flight-capable ancestor, or that they may have been used to attract mates, protect nests from the cold, or maneuver while running.

Nonetheless, raptors are often compared to raptors such as hawks and eagles because of the long claws on the second toe of each foot. Although scientists once speculated that these claws might have been used for hacking, most now believe that dinosaurs used them like hawks to impale and immobilize prey. 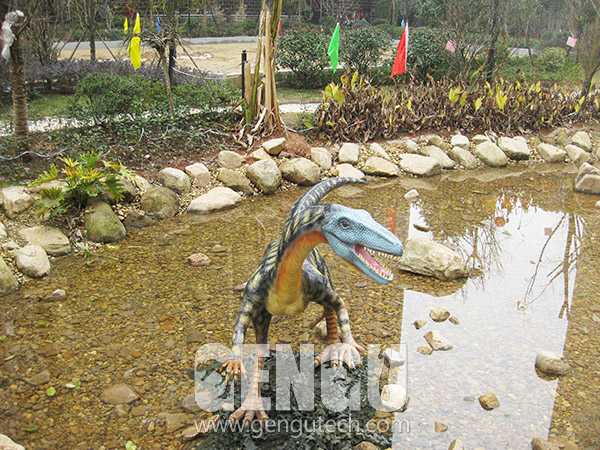 Given a Latin name meaning "fast predator," Velociraptors were clearly considered effective hunters. Bipeds have an excellent sense of smell, as evidenced by the size and shape of the part of their skulls that houses the olfactory bulb, the part of the brain that processes odors. Their muscular legs and long lower legs allow them to take large steps and reach speeds estimated to reach 24 miles per hour. By lifting their claw-like toes to move, raptors' claws stay sharp enough to pierce prey. Once it's in their hands, they'll likely finish the job with a jaw full of serrated teeth.

In Jurassic Park, velociraptors are depicted as pack hunters. But there is little evidence that this was the case - quite the opposite, in fact. a 2007 study conducted chemical tests on the teeth of dinosaurs, relatives of raptors, to determine whether the dinosaur's young ate the same food as adults. These tests showed that the dinosaurs' diet changed as they aged - a dietary diversity not commonly found in pack animals. 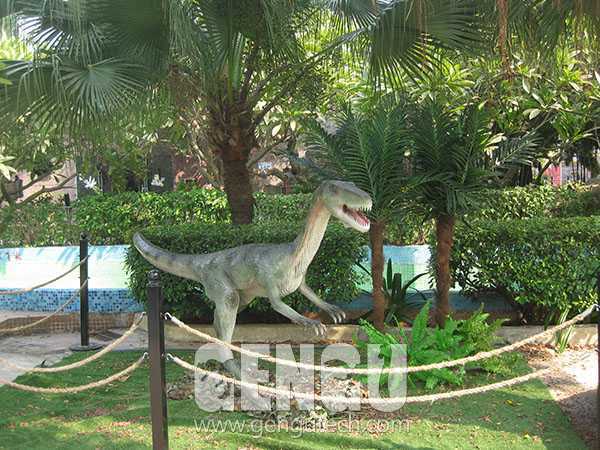 Scientists are still piecing together which ancestral species led to raptors, and whether there were multiple types of raptors. The Mongolian Velociraptor was first discovered in the Mongolian desert in 1924. However, in 2008, paleontologists were puzzled by the discovery of similar fossilized jaws in the same area. These new fossils have the same cranial opening as Velociraptor, as well as a similar number of teeth. But their overall structure was enough for scientists to describe a new species, Velociraptor osmolskae. research into the life of this new and mysterious raptor species is ongoing.

About 70 million years ago, Velociraptor disappeared from the fossil record. Several million years later, a catastrophic asteroid impact triggered an extinction event that wiped out the non-avian dinosaurs.

From 0.5m to 20m long, all other size is also available. Please contact GENGU to get the quote!