Home>Blog>Industry News
Are Birds A Type of Dinosaur? Is It Controversial? You May Have Some Misconceptions about Velociraptors

The Vicious Dinosaurs That Existed

Jurassic World's main "villain" was the genetically engineered Tyrannosaurus rex, a terrifying dinosaur. But these eight dinosaurs are even scarier - because they actually existed. Animated dinosaurs supplier shows you.

This dinosaur may not have seemed lethal because it was a herbivore, but its knobby armored tail may have been used as a defense mechanism. If it swung around its heavy tail, it could generate enough force to crush bones.

Recent research suggests that the Egyptian Spinosaurus was probably the largest carnivorous dinosaur species ever recorded, measuring more than 50 feet in length. And you're not even safe in the water - Spinosaurus is one of the few dinosaurs known to swim.

Don't let size fool you. Although Coeplophysis were only about 44 pounds, fossil evidence suggests that they hunted in packs. They were also very agile and possessed razor-sharp cutting teeth.

Made famous by Jurassic Park, Velociraptors were actually smaller and slower in real life than in the movies, but they still had a huge, sharp, hook-like claw on their middle finger. Modern research suggests that this massive claw was used to prevent victims from escaping their grasp.

Tyrannosaurus rex may seem like the most ferocious of all dinosaurs, but for overall cunning, determination and an array of vicious weapons, Utahraptor may have been the fiercest of all. Standing about 7 meters tall, Utahraptor was a very powerful, agile and intelligent predator.

One of the most dangerous dinosaurs of the Jurassic, the Allosaurus was an ambitious and intimidating predator. Paleontologists have found fossils of many other dinosaur species, such as Stegosaurus, covered in allosaurus bite marks.

One of the few known man-eating dinosaurs, the skulls of majungazos were unlike those of most other theropod suborder dinosaurs. Their short, stubby snouts made them well suited to kill their prey by biting it until it died - just like modern big cats.

The "king of the tyrant lizards" will always be one of the most fearsome and deadly dinosaurs around, with a bite three times as strong as that of a great white shark - making it the strongest bite of any land animal ever. 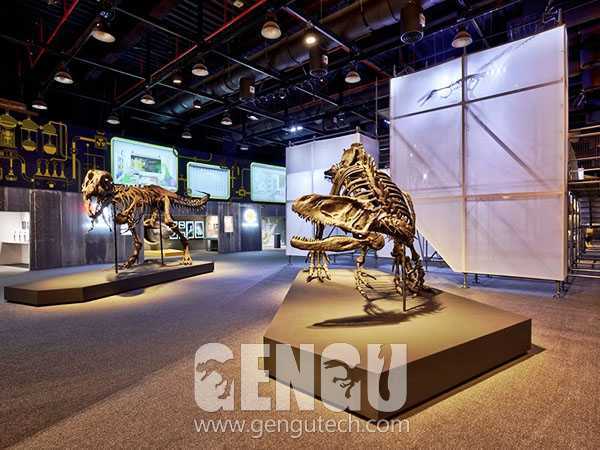 This huge carnivorous dinosaur grew to more than 30 feet long, and paleontologists have found direct evidence that this ferocious predator hunted in packs.

What killed the dinosaurs

It is thought that the dinosaurs became extinct as part of a mass extinction caused by two massive destructive events. The first of these was the collision of a meteorite landing on what is now the Yucatan Peninsula in Mexico with the Earth. This was followed by a huge volcanic eruption that split what is now India in two. More than 700 different dinosaurs have been identified and named. However, paleontologists believe that many more new and different dinosaur species are yet to be discovered.

If you wanna know more about sinosaurs, please follow our blog. And send us a maeesge, GENGU will give you the quotation asap.