Home>Blog>Industry News
Dinosaurs Were First Discovered by the Chinese 3000 Years Ago? Top Five Dinosaur Museums in the World!

Why Did the Dinosaurs Disappear?

According to the main hypothesis, dinosaurs became extinct after a giant asteroid crashed 66 million years ago. Many people believe that the asteroid killed the dinosaurs almost immediately, but this was not the case. Scientists believe that the extinction process lasted for hundreds or even thousands of years. Global climate change, lack of sunlight and vegetation severely altered the food chain. Some isolated populations of dinosaurs in remote parts of the world may have lived slightly longer than their counterparts. Some people, however, believe that some dinosaurs survived to this day and were just not discovered.

There are two general reasons why dinosaurs could have gone extinct.

1. Rapid extinction. This is generally said to be the impact of meteorites on the Earth, resulting in huge damage to the Earth's ecology, and the dinosaurs were instantly wiped out by this impact.

2. Slow extinction. This hypothesis is generally based on climate change, species evolution, etc., on which it is divided into multiple factors such as volcanic eruptions, submarine cracks, sudden temperature drops, biological competition.

Reasons for the rapid extinction hypothesis.

2. The meteorite impacted the Earth and consumed the oxygen on the Earth. There is also a meteorite hypothesis, which says that the meteorite came to Earth and destroyed the Earth's atmosphere, resulting in a huge loss of oxygen, and eventually the dinosaurs died of lack of oxygen. 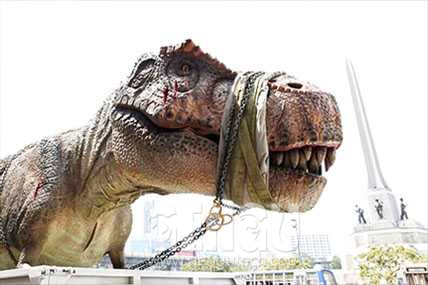 Reasons for the slow extinction hypothesis.

1. The species kept evolving and dinosaur features disappeared. This hypothesis generally believes that dinosaurs evolved and evolved into other creatures now and did not become extinct.

2. The temperature slowly decreased and the dinosaurs all died from freezing. The severe changes in climate and rising sea levels made the survival environment of dinosaurs extremely harsh, and finally dinosaurs became extinct as a result.

3、The maladaptation between species increased. Many scientists believe that the dinosaurs did not adapt to the newer iterations of plants at a later stage, thus producing poisoning and finally being extinct. 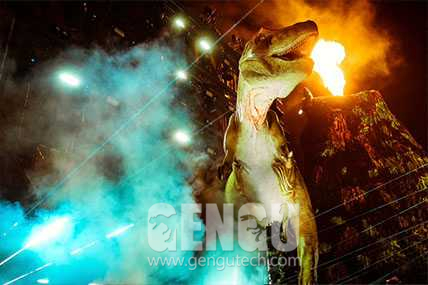 How exactly did the dinosaurs disappear? Perhaps there are still many dinosaurs are roaming in places where humans have never ventured. What do you think? Feel free to leave your opinion!