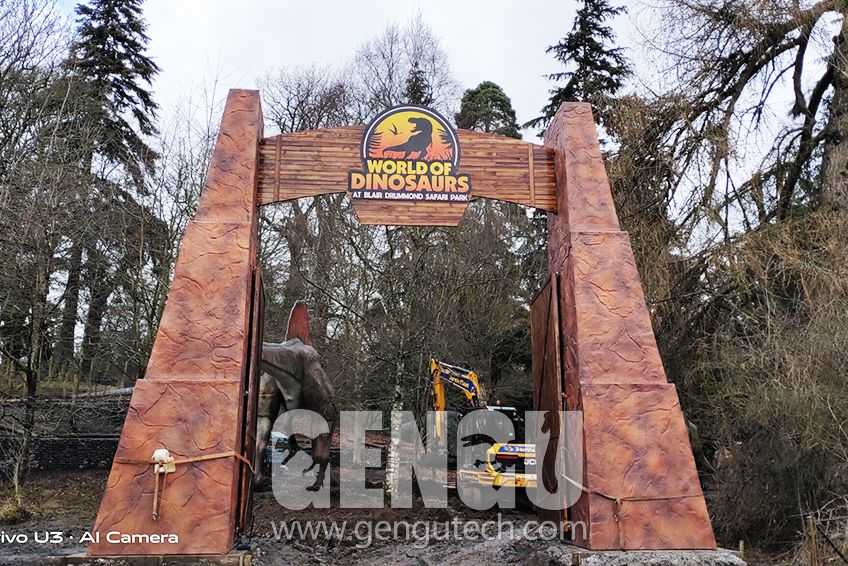 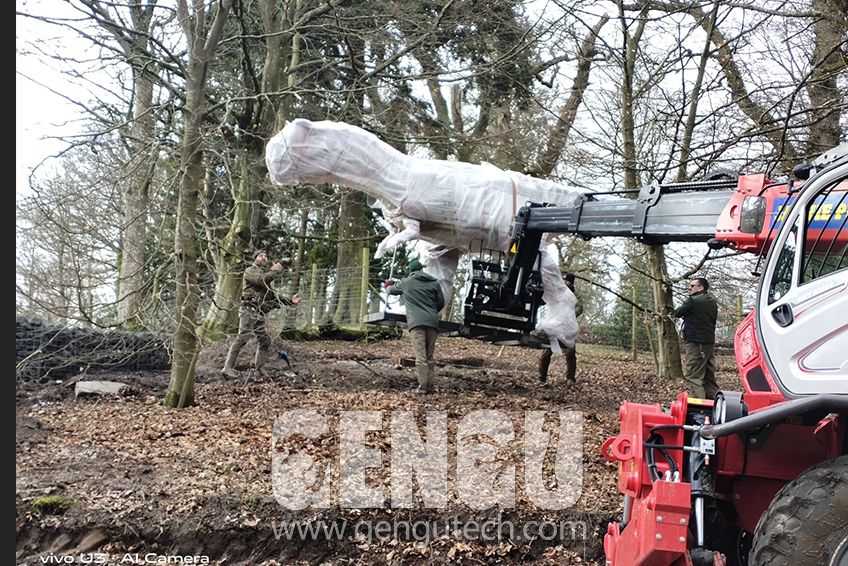 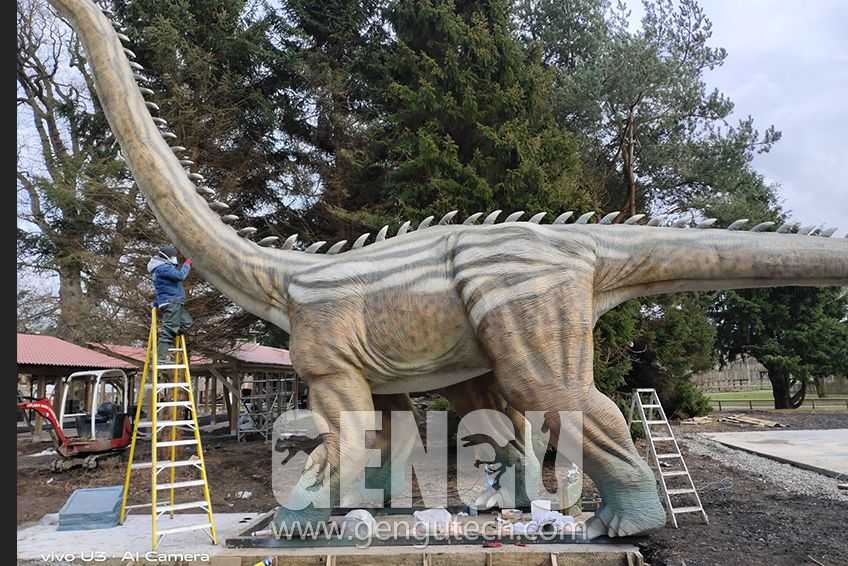 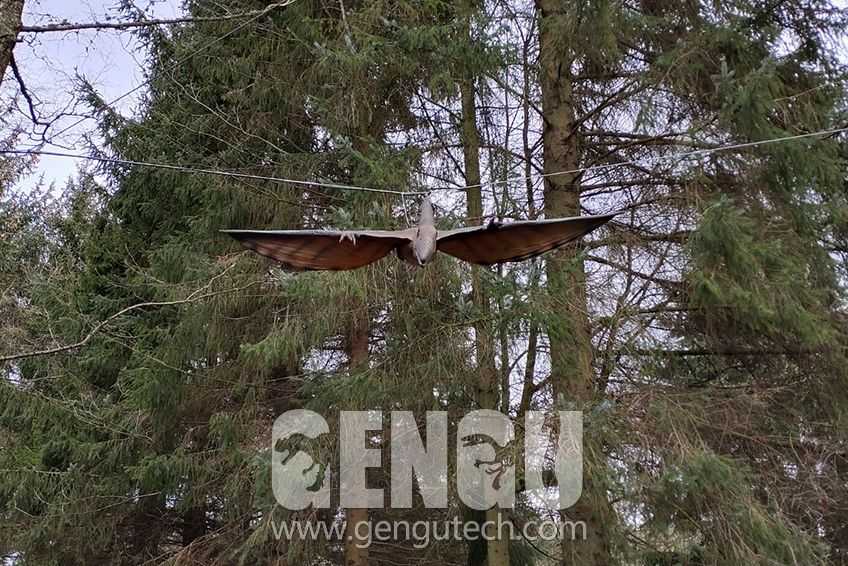 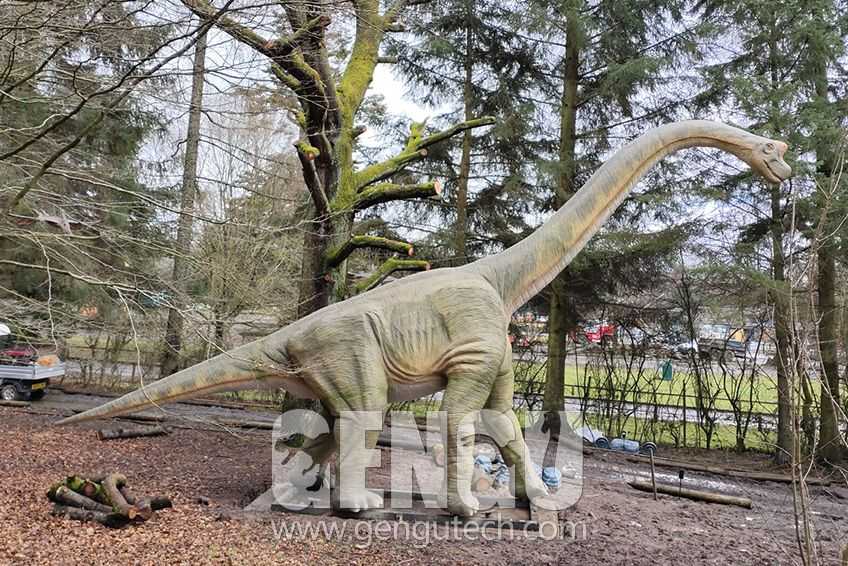 End of February 2020, more than twenty life-size animated dinosaurs have arrived at a Safari Park in the United Kingdom for a new exhibition, World of Dinosaurs, which is due to open on 1st April.

The prehistoric animals will be installed into a 1000m2 area of woodland at the Safari Park, which visitors will enter through giant ‘Jurassic Park’ style gates. What is it like to cross the modern zoo to the Jurassic era. Imagine that you’ll meet Scotland’s only giraffes, take a drive through wild animal reserves, become immersed in the sea lion show, sail round Chimp Island and run wild in our giant adventure play area. You’ll then step back in time through huge Jurassic Park-style gates and meet over twenty moving, roaring, life-size dinosaurs.

The super-sized beasts have been specially made for this Safari Park and are constructed with steel frame and realistic silicone skin. They are controlled with infrared sensors and have a realistic range of movements including blinking eyes, stomach breathing, body and head movements, and noises will bring them to life. And the permanent attraction has been installed to mark the Safari Park’s fiftieth anniversary. 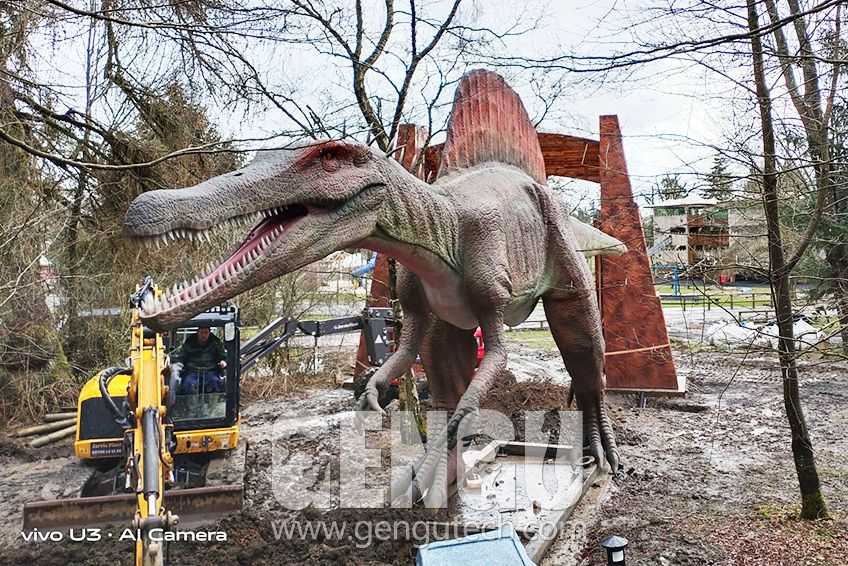 “The detail in our new dinosaurs is incredible. They’re so lifelike and we cannot wait to unveil them to visitors. The largest dinosaur is a 21m diplodocus, but the wow factor is the iconic T-rex with its terrifying roar. The new exhibit brings to life these fearsome predators and giant herbivores and offers dino fans of all ages the opportunity to come face-to-face with their favorites.”

World of Dinosaurs is part of a £1m upgrade to the Safari Park, which has also included the installation of new BBQ areas, indoor picnic and venue space, covered viewing platforms and a state-of-the-art water filtration system for the sea lion habitat.

The dinosaur exhibit has over 20 life size animatronic dinosaurs, including Animatronic velociraptors, spinosaurus, triceratops, stegosaurus, diplodocus, terrifying T Rex, flying pteranodon and an oviraptor with eggs. There is also a dinosaur dig area and photo opportunities. Dinosaurs and many spring events are waiting for you!